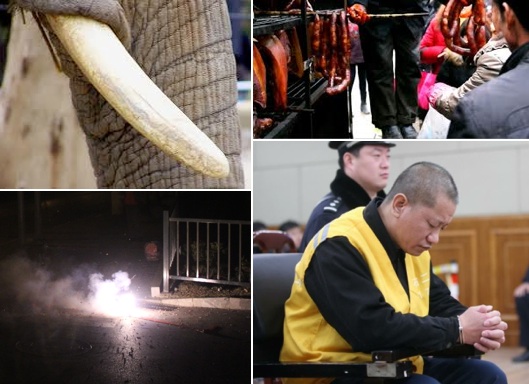 One of the most important bans that took place this month was Beijing’s decision to discontinue allowing government procurement from a large number of foreign firms including Cisco, Apple, McAfee, and Citrix. Just like blocking Facebook is partly to boost domestic companies offering similar services, this move is intended to further curtail putting money into the pockets of foreigners in lieu of its countrymen. To say the strategy has worked in cases of companies like Tencent and Alibaba would be an understatement.

In a bid to force online users to link their social media accounts and blogs to their real names, China has increased an already-in-place rule requiring some Internet companies to disclose the real names of some of its users. Now, users of social media and blogs will all be required to link their online identities to their real ones. The rule also requires companies to have users pledge to avoid engaging in “illegal and unhealthy” activity, according to The Independent.

In a hilarious bid to cut down on pollution, Chongqing’s government placed a ban on smoking meat in the open air, despite a long tradition of doing so, especially in the winter months. Later, authorities admitted that smoking meat probably wasn’t a significant factor in causing pollution, after they had scientists evaluate the program.

“Vulgar” Street Names, Like Ones Named After Foreigners (Beijing)

As the Telegraph reports, “Streets named after Chinese politicians, foreigners and dung beetles are to be outlawed under new directives from authorities in Beijing.” That means Dung Beetle Alley will become Always Shining Alley. Apparently a lot of streets had been named after prostitutes and different types of animal feces? That’s taken care of now, thankfully. Mao actually did something like this shortly after 1949, outlawing streets being named after Chinese political leaders to prevent cults of personality, according to Xinhua.

Yeah, that didn’t go so well. I’m hearing them even now as I write. Anyway, fireworks are restricted in about 700 cities this year and banned in around 140. The Chinese, ever hungry for smoke and noise, have continued their traditional blasting of gunpowder. I say have at it Hoss, just not in the morning or in my backyard.

Xinhua reports that the move comes to cut back on judicial prejudice. It’s a common site to see prisoners appear on trial in China being held on each elbow by a cop and donning an orange jumpsuit, but apparently that era is coming to an end. This is one of the fews bans that seems totally for the better.

Ivory Imports for One Year (national)

It’s no secret that the demand from some affluent Chinese is largely driving the African elephant poaching industry. In 2012, the New York Times cited experts as saying that as much as 70 percent of the world’s ivory trade was for China. Questionable as the industry may be on its face, there are those who think it should be legalized and heavily regulated. The problem with that in China is that regulators have failed massively. In 2008, 121 tons of ivory (equivalent to 11,000 elephants’ tusks) from the state’s official stockpile went missing, with the guy in charge admitting that it suggests a “large amount of illegal sale” of the ivory had taken place. So China has decided to ban ivory sales for a year to hopefully curb the growing practice of eliminating one of Earth’s most fascinating creatures.

Leave a Reply to ColonelKurtz