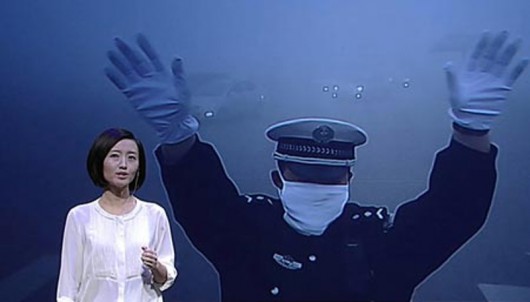 “Under The Dome” (nationwide)

If you’re a China-watcher, you know what you were thinking when Under the Dome dropped – finally, someone from the state media industry standing up and addressing pollution by pointing the finger squarely on insufficient regulatory policies and lack of enforcement. The second thought, of course, was: “Let’s see how long before they ban this thing.” Well, it took them a week. Released for free on February 28, it had disappeared by March 7 from Chinese websites. Of course, this just piqued the interests of the environmentally conscious crowd, who have made efforts to spread the film’s message despite the silencing.

Following bouts of obnoxiousness spilling over into destruction, several museums across China and the world have banned selfie sticks. Apparently people having long poles that serve no medical purpose in places with invaluable pieces of cultural heritage isn’t working. Apparently you can’t take javelins in either. So be it.

An App for Using Bitcoin (nationwide)

Ah, bitcoin. You international monetary policy-undermining hooligan. Did you really think Bank of China was going to bend over and let you encroach upon its fiscal territory? Think again. The currency was already banned, but people found a way around that. Now the alternative path to using bitcoin has been banned as well. Maybe next time, bitcoin.

Are you or one your friends a mid- to high-level Sinopec employee? Then this message may apply to you. Please stop showing off to everyone. It’s making the party look bad. You are supposed to be a state employee, not a Kardashian. Do the CCP a favor and spend your ill-gotten gains on something less traceable than “a fleet of 30 Rolls-Royce Phantoms taking guests to the 9,999 yuan-per table (HK$12,600) banquet in Tangshan, Hebei province.” We’re not saying don’t celebrate marrying your trophy wife, just keep to “less than 150 people.” And please, please cut back on the Moutai. Your breath smells like shit.

Pictures of the Dalai Lama (in Tibet, duh)

While possessing the image of a man directly responsible for policies that killed tens of millions is suitable for use on nearly every denomination of currency, at the country’s most famous public square, in copious amounts of restaurants, and more, the Dalai Lama’s image is being banned from Tibetan education systems. Not because he’s a troublemaker (which he is), but because his face is a little creepy. It’s borderline too happy. Look to Lei Feng – that guy didn’t need to crack a smile to convey leadership skills.

Kevin Pinner is an ex-editor and reporter for Shenzhen Daily, current digital publisher of City Weekend Shenzhen, a regular contributor to The Nanfang, and a drummer.