I’ve bought everything from Michael Jackson gloves to a swimming pool, and somehow my search results often include sex toys (stay away from search terms including “stick,” “shake,” “love,” “woman,” or… “tail”). I’m not the only Taobao troll; according to ranking site Alexa.com Taobao ranks as the 9th most visited website in the world, and 2nd in China.

Chinese e-commerce giant Jack Ma is the founder of Alibaba Group, which includes my beloved Taobao. Ma revolutionized production and supply chains for businesses all over the world, enacting a rigorous verification program to build a system of trust with overseas buyers, enabling what he calls the “ant army” of Chinese manufacturers.

The Ant Army uses Alipay, which in 2014 was separated from Alibaba Group to make Ant Financial. Super new and a bit secretive, Ant Financial is turning up with a bevy of online banking services, nimbly filling niches that the Chinese banking sector hasn’t been able to. Using rhetoric of building an open financial ecosystem, Ant Financial has created one of the world’s largest money-market funds, is offering peer-to-peer lending for SMEs, and has microfinanced more than 20 million rural merchants last year. Chinese regulators just greenlit the creation of MYBank, an all-digital, branchless bank.

READ: You may never have to go to the bank ever AGAIN.

Want to try your hand at e-banking in China? Zhifu me to support further Sindicator installments. 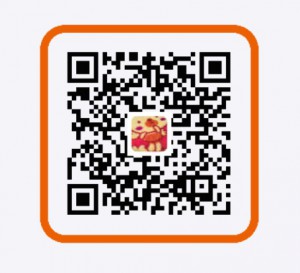