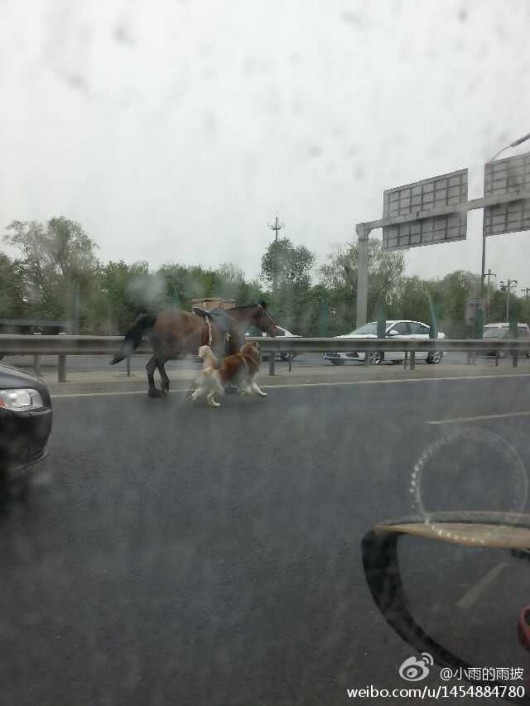 Your daily dose of China, everyone. Here’s CRI with the details:

A horse fully equipped with saddle and bridle was seen running a very fast pace on the northern section of the 5th ring road in Beijing in the morning of May 10, 2014.

Multiple Weibo posts from drivers at the scene say a man with a pony tail was running some 400 meters behind the horse and may have been the owner of the horse. 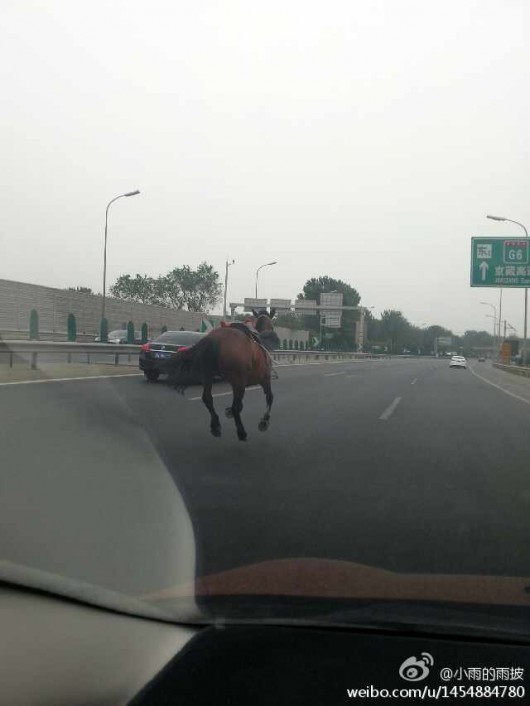 A man with a ponytail chasing a pony on a Beijing highway. This can’t get better, can it?

The scene escalated when one driver’s dog jumped out of a car and started chasing the man and the horse. The driver then got out of her car and chased the dog.

I spoke too soon. 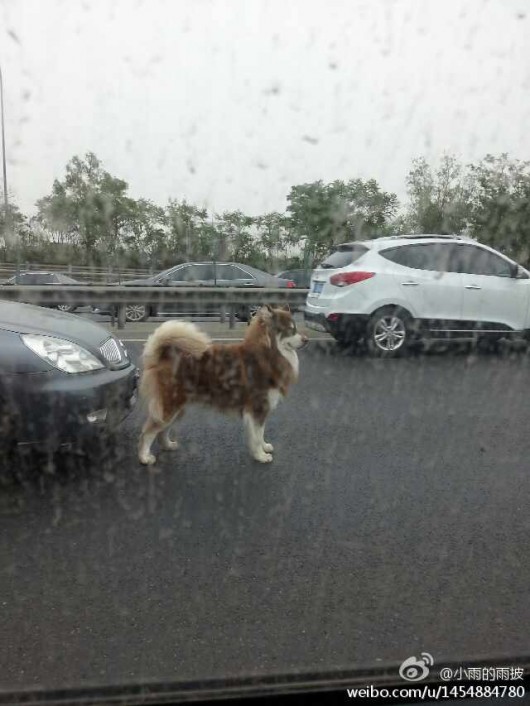 A happy ending for all:

The two animals were stopped 20 minutes later at a nearby exit. Both owners left with their respective pets and left the scene before police arrived. 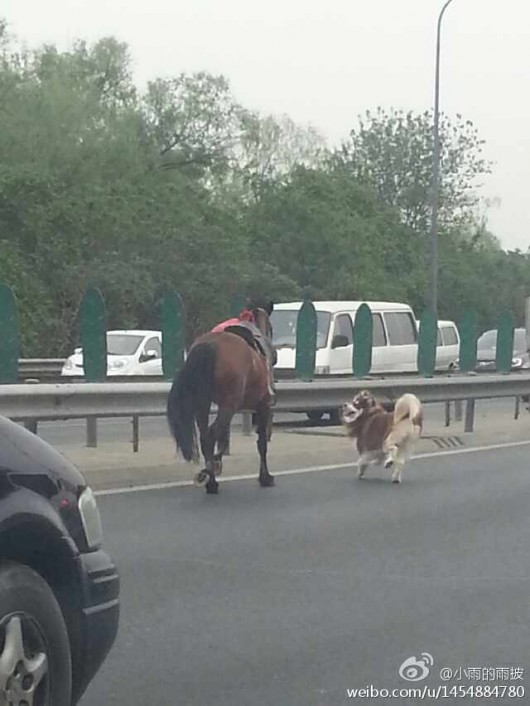 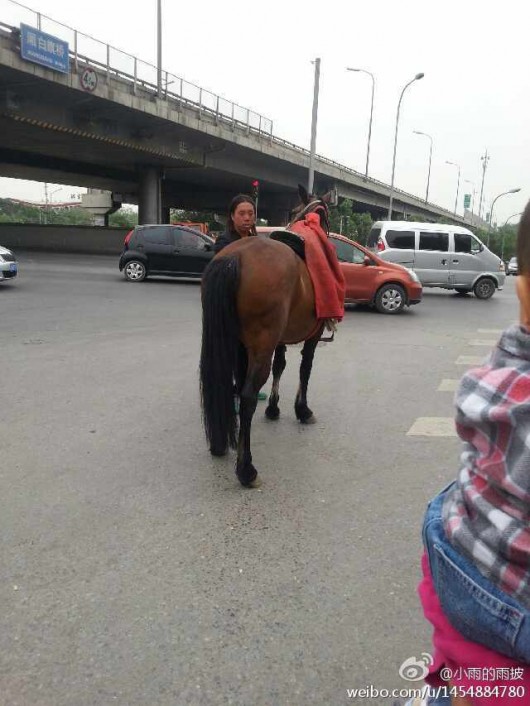