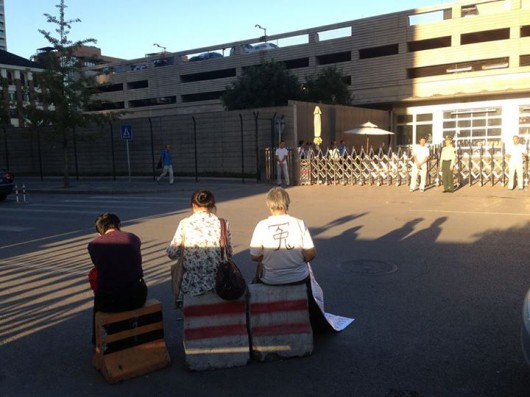 This is an almost weekly sight. Petitioners from across China — Chongqing, Henan, Shanghai — congregate at 55 Anjialou Road to engage in a practice as ancient as imperial China, when those seeking justice would journey to the capital to expose local corruption. Modern petitioners face enormous risks by coming to Beijing: the particularly obdurate ones can find themselves thrown into “black jails,” illegal prisons where they might endure abuse (and worse).

That was the experience of Wang Xiuzhen, an elderly woman who began protesting outside the embassy last summer and into the winter, claiming the chairman of her neighborhood committee in Shanghai had wrongfully accused her of a crime. The sign she carried every day told her story:

Aug. 7, 2012, An official at the Office of Justice took my ID, bag, and 200 RMB with gangsters at Hongqiao Train Station. They have used this unlawful method to stop me from going to Beijing. They even illegally kept me and broke my bones several times. The middle finger and wrist of my right hand were diagnosed as injured, and the pinky finger broken.

Apr. 16, 2011, My middle finger was squeezed till broken by Li Chunbao, a security guard at Deying Service Company. It has not healed to this day.

Sept. 6, 2011, I was bullied by a middle-aged man on Nanchang Road, and my right wrist was broken.

Aug. 5, 2012, I was kidnapped by a shameless bullying group in Huangpu area.

Nov. 6, 2012, My pinky finger was broken by someone at Mengxi Elderly Center at Songjiangyexie Town.

Oct. 6, 2012, I was again illegally kidnapped and kept prisoner with twelve people guarding me in turns. These are all illegal. Just because they have a little power, they treat me like this? Everyone should have their own constitutional rights, and I want people with a conscience to judge these unlawful matters.

It is impossible to know whether her claims are true. What is known is that in October, she wrapped herself in a banner with her story written on it and laid on the street in front of the embassy.

Petitioning at the US Embassy is just one of a series of tactics being adopted by demonstrators in China, who increasingly see press attention as the only way to have their causes addressed. These can range from creative to tragic. Last year saw a viral protest in the form of a Gangnam Style dance for unpaid wages; it also saw group suicide attempts to raise attention to causes such as land seizures and broken promises.

“There are whole villages of cardboard boxes that have popped up around official places to petition,” said veteran China reporter Paul Mooney. “By going to these places, you risk arrest or worse — even the US embassy’s rule of law guy was detained and questioned by the police there.”

Another popular protest location is the State Bureau for Letters and Calls, a state-sanctioned agency tasked with collecting grievances. But comparatively, the US Embassy might be a safer option, according to Jeffrey Wasserstrom, a Chinese historian who, like Mooney, has written judiciously about Chinese protests. He emailed:

“Being near to such a symbolically important and publicly observed location could make it harder for police or para-police to interfere with their actions without creating an incident. There may even be people who know that Chen Guangcheng, an important critic of corruption within China, came to the U.S. Embassy last year, and that this was a key stage in his odyssey. ”

Chen, a vocal critic of forced abortions in China, fled to this very embassy in April 2012 before being granted asylum in the US. This has given other petitioners hope. When asked why he chose to lodge his complaints in front of the American embassy, one elderly man told me, “America is good. It is a free country with real rights. Here in China, we have fake rights. Perhaps America can influence China’s government.”

It’s unlikely these people will receive any of the help from the US government. And yet, they return, again and again. “Protesters in Beijing come back all the time,” Mooney said. “They don’t have a choice. They have this rural stubbornness, and they are not afraid.” 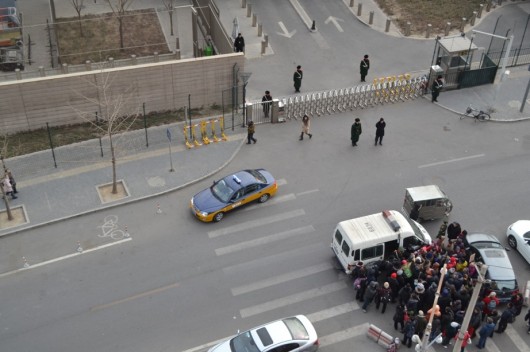 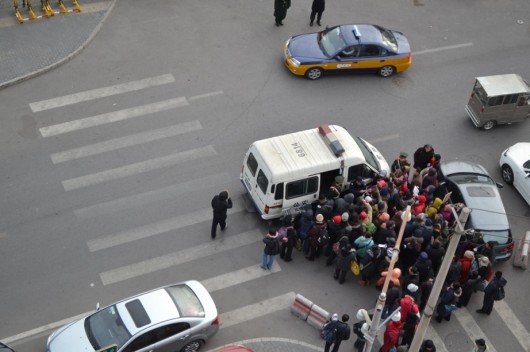 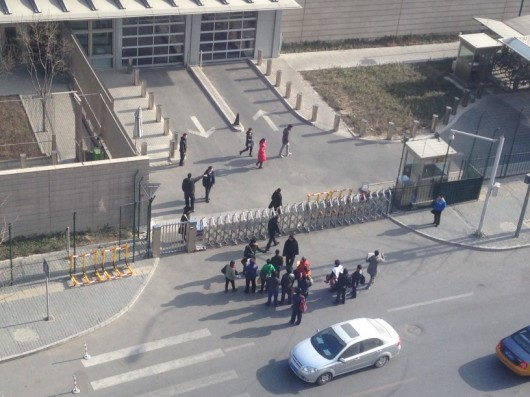 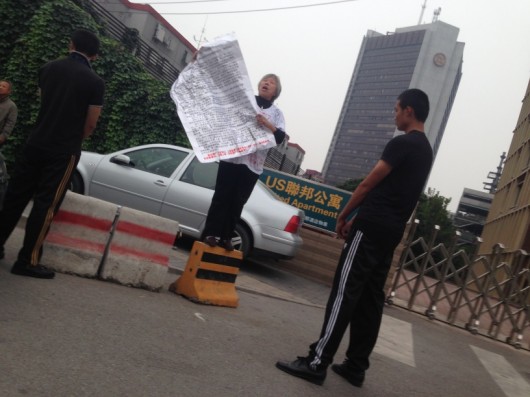 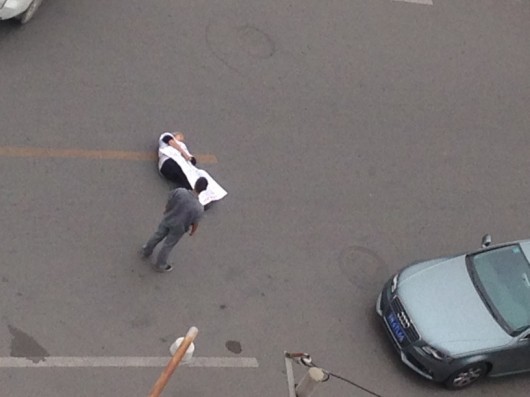 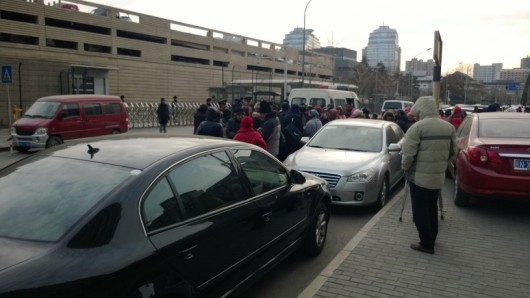 (All images by Patrick Lozada)