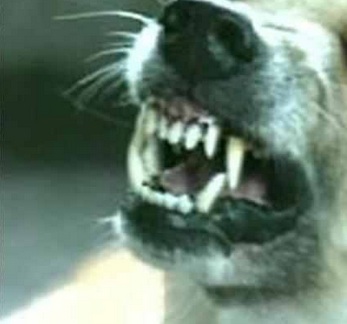 Rabies is a third-world problem: it’s treatable as long as you have money and access to the proper medical care. (Ninety-five percent of human deaths are in Asia and Africa, according to the World Health Organization.) In Jiangsu province, a father chose — out of monetary reasons — to not seek treatment after sucking blood out of a dog bite on his son, and is dead as a result.

Shanghai Daily has this sad story:

The victim’s son was taken to the hospital and received rabies vaccine shots after his father, a 41-year-old man surnamed Jiang, tried to remove any infection he may have been exposed to by sucking blood from the bite. The boy was bitten by a stray dog.

The father, a villager of Sitong County, was worried about the cost and didn’t get the same shots. Fellow villagers said he also thought it unlikely that people would be infected by the rabies virus through the mouth and he thought taking shots too troublesome.

China has the second highest mortality rate from rabies in the world, behind India — about 2,000 deaths per year. It’s why authorities, especially in rural villages, occasionally “crack down” on dogs — it’s easier than vaccinating everyone, unfortunately. And so, this story gives us another opportunity to count our blessings. We never have to worry about dying from rabies, since we do not live in a poor rural village. How lucky.