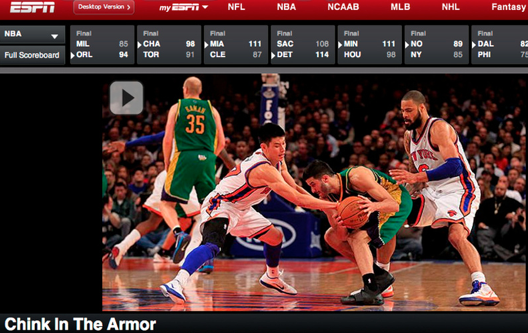 Jeremy Lin moves the needle. Check out this fight between Richard Sandomir and Darren Rovell on Twitter, inspired by a tweet that makes an askew (by which I mean slanty-eyed*, of fucking course) reference to Lin: 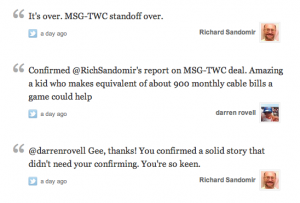 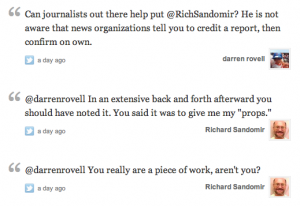 The best part are the tweets from bystanders along the lines of, “Hey, everyone! Bubba is fighting a sixth-grader at the monkey bars!”

Follow the thread on Storify. Credit to Kevin Collier at Daily Dot. (Have I properly credited all parties?)

*I can say this because I’m Chinese.