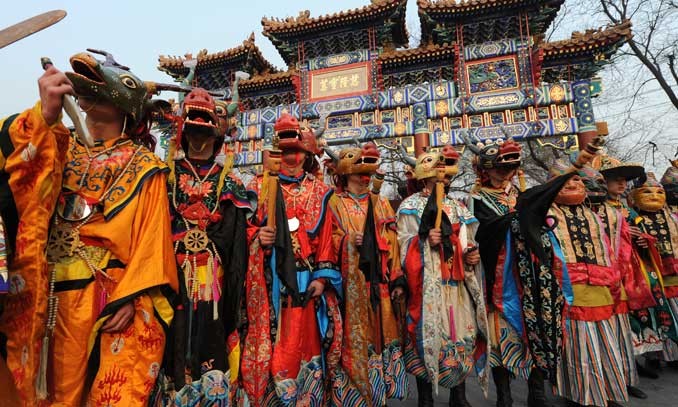 This week in uncanny ledes: “POLICE are investigating a Beijing kindergarten after a three-year-old’s parents accused a teacher of injecting their son’s penis with an unknown substance that left the boy ill.” [Shanghai Daily]

A sentence that could only appear in an American newspaper that thinks its readers are retarded: “China bears little resemblance to Nazi Germany or the Soviet Union in its approach to the world.” [Chicago Tribune]

Chinese suicide. “Research by Wu Fei indicates that one of the leading causes of suicide in rural China is what  Wu dubs ‘domestic injustice.’ This could be anything from spousal abuse or abuse by other family members, to failing to uphold filial duties like supporting one’s parents in old age. The underlying idea, which is made clear in several interviews, is that suicide would right these wrongs. What is less clear from the interviewees is whether or not this justice comes from supernatural sources or from the public shaming that comes from a family suicide.” [Seeing Red in China]

Chinese euthanasia. “On May 16, 2011, Mr. Deng Mingjian helped his mother die. According to the 41-year-old’s sworn testimony, his mother Li Mou, who had been paralyzed and lain under his care for 18 years, felt she had become a burden to her family. Deng’s testimony states his mother asked him to buy a bottle of pesticide so she could end her own life. He says he complied, brought the bottle to his mother, and she lifted it up and drank from it. Deng was arrested for murder, and his case was heard in Panyu, Guangzhou Province in January.” [Tea Leaf Nation]

A comment seen on ChinaSmack: “Shanghainese have always been [stupid cunts].”