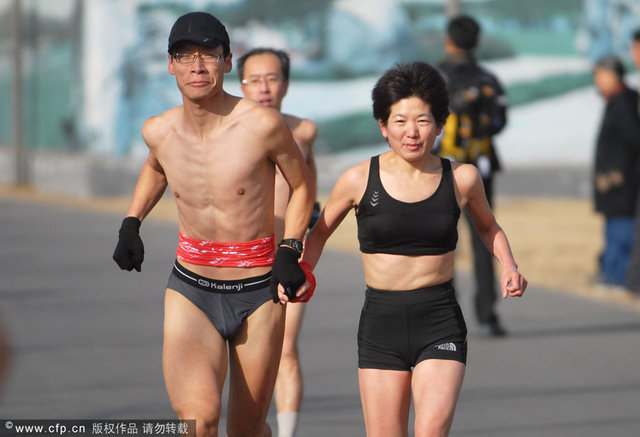 On a evening when it’s absolutely impossible to get a cab for no reason I can think of, your post-weekend links.

Some clarity on Tibet and China as they currently stand. I could excerpt parts of Alex Ortolani’s recent interview with Robert Barnett, Director of the Modern Tibet Studies Program at Columbia University, but that would do injustice to the parts I don’t excerpt. So just go read the interview. [Asia Society]

A story about the Cultural Revolution that doesn’t suck. “Xu [Weixin], now 53, is among the handful daring their country to confront its past. The faces of the Cultural Revolution are captured in the immense black-and-white portraits stacked in his Beijing studio. Each standing 2.5m tall, they are both personal and powerful, demanding attention. The monochrome oils are in stark contrast to the garish colours of 60s propaganda.” [The Guardian]

On that “other” Chinese NBA basketball player, who is technically the only Chinese NBA basketball player. “Last week, several bloggers criticized Yi as a casualty of a sports system that funnels imposing physiques into special ‘sports’ schools at an early age, instead of acknowledging ‘smarts’ are important to the success of a player: ‘What’s the difference between Jeremy Lin and “King” Yi? One graduated from Harvard, the other hasn’t graduated from elementary school,’ said @南城一宿.” [Charles Zhu, Tea Leaf Nation]

In the brief time between Google+ becoming unblocked in China and when it got blocked again, Chinese netizens occupied Obama’s Google+ account for no reason. “Despite the uncensored platform, In true Chinese netizen style, many are simply having fun showing off the might of China’s online hordes — posting internet memes and being silly to the general annoyance and befuddlement of Americans caught in the middle.” [China Smack]

Huh. I wonder where they get all that money. #DumbQuestions. “The richest 70 members of China’s legislature added more to their wealth last year than the combined net worth of all 535 members of the U.S. Congress, the president and his Cabinet, and the nine Supreme Court justices.” [Bloomberg, via China Hearsay]

And why wouldn’t that money go to hookers? “‘I am afraid all the sex workers know these two Chinese words [fapiao, "receipt"],’ Pan told the Global Times. ‘It appeals to Chinese customers,’ who get free sex by claiming the expense as some far less nefarious business activity.” [Global Times]

And finally, the most confusing, possibly worthless infographic you’ll find today, which I’m only linking to because effort should be rewarded. Hong Kong vs. Mainland China. [Ministry of Tofu]