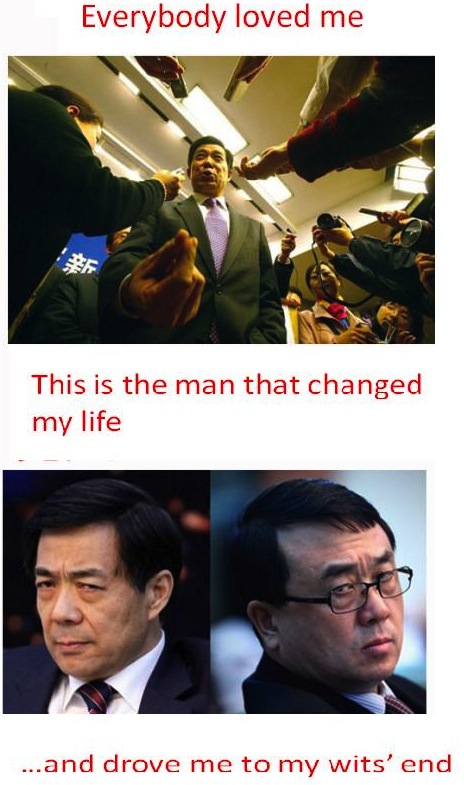 Earlier today, Bo Xilai was ousted from his post as party secretary of Chongqing, a stunning — if not altogether unexpected — end to an unusually public saga that began when Wang Lijun showed up at the US embassy in Chengdu on February 6 with dirt on his former boss.

At 11:43 am, a film producer with the Sina Weibo account “Billionaires” (柒月二十六) created a timeline of Bo’s life and career. As of this moment, it’s been forwarded more than 31,000 times and commented on more than 5,000 times on Weibo (both numbers are rising fast). You’ll see it after the jump, with English translations by Valentina Luo.

2 Responses to “Bo Xilai, Be Well, And Godspeed”