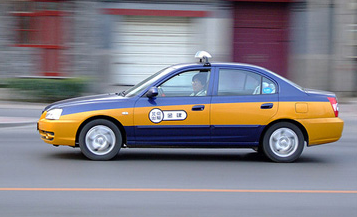 Starting tomorrow, taxis will charge 3 yuan instead of 2 yuan for distances over 3 kilometers. According to CNR, this regulation was approved by the Beijing Municipal Government in accordance with the National Development and Reform Commission’s increase in the price of refined oil to 600 yuan per ton on March 20.

Before your eyes glaze over completely, what does this mean for you, me, all of us?

I have a friend who once, in a central Chinese town, argued with a cabbie over an airport surcharge. Basically, he didn’t know there was a surcharge, so he thought the cabbie was asking for a tip. It was more than 1 or 2 yuan — something like 10 yuan — but my friend got so ill-tempered that the driver shooed him out and said, “Ah, forget it.” The next day, my friend went back to the airport taxi line and saw a sign that read: 10 YUAN SURCHARGE.

He felt like an ass. Don’t be that guy.