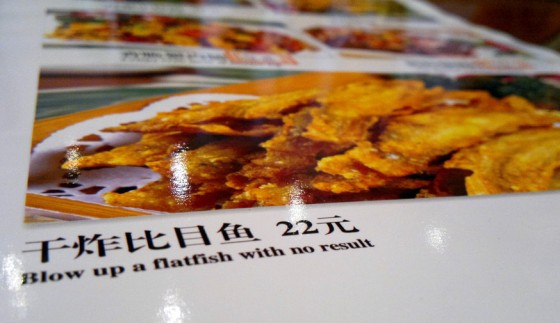 Beijing Guoan defeated Shanghai Shenhua 3-2 in a legitimately exciting match tonight in front of a capacity crowd of about 68,000. Beijing went up 2-0 before Shanghai clawed back with two of its own, with Anelka — who otherwise did very little — scoring the equalizer. A beautiful header-goal gave Beijing the lead again. More later. For now, links.

9-1. “It was a night of magic, with Guoan firing on all cylinders and earning a victory that lives on today in the lore surronding the club. In the end, Shenhua would get the last laugh, defeating Guoan 2-1 at Hongkou later in the year and ultimately finishing above Guoan in the table, runners up to Dalian (with Guoan in third place). In the end though, nobody cares who finished second or third, but Beijingers, especially those at Gongti that night, will never forget 9-1!” [Wild East Football]

A big hats off to the editors at NetEase who did this: “News portal NetEase devoted a special editorial web page (deleted by now) to March 15, China’s Consumer Rights Protection Day. Headlined ‘Lists of businesses with moral conscience in our country,’ the feature story begins with the lead, ‘Today’s netizens fume at gutter oil, fake medicine, luminous pork, poisonous milk, poisonous rice…What they don’t know is, in our country, there are good companies too. Honest in business, they make high-quality products and never fool consumers! Today, let’s take a look at these businesses with moral conscience, and hats off to them!’ // Then the splashy headline is followed by a large blank area. // …Netizens immediately cracked the code – by holding down ‘Ctrl’ and ‘A’ at the same time. A previously invisible line will have been selected, which reads, ‘F**k! Still can’t find any business with moral conscience after so much looking around, and here comes the damn 3/15…Was forced to put this feature page online…’” [Ministry of Tofu]

Titled “Confucius is Politically Bolder Than Wen Jiabao”: “Although Wen may well be passionate about this idea, I must say we have heard all this before, and nothing has really come of it.  He has made comments over the years that suggest a possibility for political change, but, then, he either does not assert himself to get the job done, or he simply does not have sufficient power to do so.  Either way, and whatever his best intentions, the PRC political system continues to be impervious even to relatively modest political liberalization.” [The Useless Tree]

Good question. “When the rest of the world is all about maxi skirts, the latest sensation in China is ‘pussy high miniskirt’. So what is a ‘pussy high mini skirt’ (齐B小短裙)?” [Offbeat China]

A great summary on the causes of Bo Xilai’s downfall: “First, they were offended by his courting of the media and his vigorous self-promotion, which showed a lack of appropriate deference and humility to established power channels and ways of resolving competition.  Second, they felt threatened, because few of them were equipped to compete on this basis, if that’s what it took.  Third, they were alarmed by Bo’s tactic of “mobilizing the masses” in ways that explicitly invoked the Cultural Revolution, which called up deep-seated fears that populist fervor could be used as a weapon against rival leaders within the Party — as indeed happened during the Cultural Revolution, to horrific results.” [Patrick Chovanec]

Meet Bo’s replacement, Zhang Dejiang: “First and most obviously, Zhang studied economics at Kim Il-Sung University in North Korea. We’re not sure yet exactly why Bo fell from favor, but if it was for being too socialist in his policies, the Party is sure sending an interesting message here. Bo’s egalitarian-centered Chongqing Model may not be as dead in the water as Bo himself is. // Zhang Dejiang’s main claim to fame though is his involvement in suppressing news of the SARS outbreak as Guangdong secretary in 2002. In the end, he escaped official blame and firing – unlike many other high Guangdong officials. This was likely because he was too high of a figure to be allowed to fall off the horse; and the fact that he was an ally of then-President Jiang Zemin probably didn’t hurt either.” [Sinostand]

Dolkun Isa, Secretary General of the World Uyghur Congress: “27 years ago we could hold a demonstration, and nobody would be killed by the Chinese police – ‘just’ punished to house arrest and getting kicked out of university. 16 years ago we could hold an international gathering in Almaty, with no one getting arrested. But unfortunately, today the situation of the Uyghur is getting worse; not only for those in East Turkestan, but also for those in exile. Neighbouring countries have deported a lot of Uyghur refugees to China in recent years.” [Uyghur Congress, via Just Recently]

If you had to digest information about the Two Sessions, you might as well do it with infographs. [chinaSMACK]