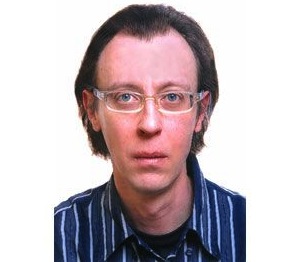 Yesterday, the news website FlandersNews.be — part of Flemish public broadcaster VRT – reported that Kurt De Raedemaeker, 48, died of a heart attack on an unspecified day while under house arrest in Beijing.

Kurt De Raedemaeker was originally sentenced to life imprisonment in Gansu province in 2006 after allegedly illegally exporting a sarcophagus three years earlier that Chinese authorities estimate to be worth 1.2 million euros ($1.6 million / 10 million yuan). According to AFP, the antique is now on display at the Guimet museum of Asian arts in Paris. De Raedemaeker was transferred to Beijing due to health problems in 2008 but barred from leaving the country. As recently as last April, his mother appealed on a blog devoted in his honor called “A struggle for justice”:

As Kurt’s mother, I am deeply saddened by the, seemingly endless, prolongation of his forced stay in China. Kurt is in very poor health, he just turned 48 yesterday, and I am afraid that he does not have much time anymore.

Kurt has been detained in China for more than 5 years now. He had a severe heart attack and needs urgent treatment.

Please read this blog, pass it on and help us where you can.

If you’re wondering if the Western dealers involved in the original transaction could have saved a life by returning the purchase, VRT, via AFP, answers:

De Raedemaeker refused to cooperate with Chinese authorities, even when the American client offered to return the sarcophagus to China, the broadcaster [VRT] reported.

Furthermore, we get the picture of a man who was stubborn to the very end:

He also refused treatment offered by China as long as his sentence was maintained, the [Belgian] foreign ministry spokesman said.

The Belgian foreign ministry said it had made efforts to secure De Raedemaeker’s release:

“Belgium tried everything, even at the ministerial level, to bring him home. We asked for his repatriation for humanitarian reasons, but unfortunately it did not succeed,” said the spokesman, Joren Vandeweyer.

Let us pause a moment. Forgive me if I don’t take at face value all the facts in this case. I had not realized selling 10 million yuan antiques could land you in Gansu prison for life, and it seems spectacularly callous, even for the Chinese government, to reject another government’s appeal for one of its ailing citizens who had already served more than five years for a commercial transaction. Maybe my perception is colored by this week’s Neil Heywood pother — and maybe De Raedemaeker really was so stubborn he was willing to die for his misguided convictions — but I think it’s worth at least giving this story another think.

The “struggle for justice” blog, just last week, translated an article from the Belgian newspaper La Libre Belgique that stated in no uncertain terms that De Raedemaeker was the victim of injustice:

What trap did Kurt De Raedemaeker fall in? Hard to believe indeed, that the case was -formally- about ordinary – dare we say – smuggling of antiquities. In this case, the sentence of life imprisonment imposed by An Jiang, judge in Tianshui, seems disproportionate, even if one takes into account the value of the antiquities concerned. Last Monday, a Chinese peasant who had nine stolen jewelry and other silver pieces in the Forbidden City (the former imperial palace in Beijing, now a museum) was sentenced to “only” thirteen years in prison.

Scandals have hit the headlines in recent years in Tianshui. It would therefore seem to be possible that Kurt was a victim of a police scam (which would explain the circumstances of his curious “interrogation” in January 2006 – three years after the fact). It is also possible that he was the victim of a local mafia, that he may have -consciously or unconsciously- worked with. It looks like he was “given away” by his dubious business partners, because he had not complied with the terms of the “contract”, or because the Mafia had to sacrifice a bargaining chip to escape prosecution themselves?

And they paint an ignominious picture in which authorities in both China and Belgium are complicit in, at best, negligence:

The strategy followed in this case also needs to be questioned. When we wanted to write about the case, during a visit by Karel De Gucht in China on the eve of the Olympics in 2008, it was recommended by the Ministry not to do so, to avoid compromising the ongoing negotiations. Negotiations that, we were told, were about to deliver results. Kurt was actually transferred shortly afterwards from Tianshui to Beijing, which was -undeniably- progress.

But the authorities in China did not keep their promises and the unfortunate outcome is known. Presumably, in countries where the rule of law is, at best, embryonic, only appropriate media attention may help to get out of tricky situations. But Kurt De Raedemaeker has clearly been forgotten and he paid with his life.

Leave a Reply to Keystone