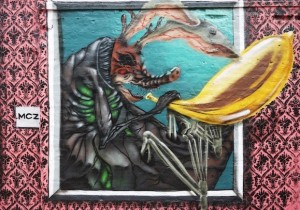 The demolition of a courtyard, on Qinlao Hutong in Nanluoguxiang, was wrongly conducted as it was not included in the government plan for the construction of an underground parking lot, said cultural heritage campaigners yesterday. [Global Times]

I guess now’s as good a time as any to talk about that underground parking lot they’re building at Nanluoguxiang, news of which I broke on the Beijinger (though this is probably the one to read) on November 7, 2010 (with former tbj Web editor Dan Edwards and Plastered T-shirts’ Dominic Johnson-Hill). The question I asked then is still relevant now: “How else can they phlebotomize this hutong?” Ponder if you will over links.

How they resist demolitions in the U.S.: “Media reports said Occupy members had fought to save the building since December, when 20 members were arrested for refusing to vacate the premises. In January, one Occupy member and activist, Babylonia Aivaz, said she would seek to marry the building in a last-ditch attempt to save it from demolition.” [China Media Project]

“Modern tragedy” and “modern opium den” are two of the phrases Shanghaiist uses to describe this story. I think that’s about right. “At 9pm on February 1st in the Taiwanese city of Xinbei, a 23-year-old gamer named Chen Rongyou was found dead in his seat at an internet cafe, after buying two-eight hour sessions of online time. When discovered by police, he was stiff with rigor mortis, and his arms remained outstretched in front of him, with one hand reaching for the keyboard and another hand reaching for the mouse.” [Shanghaiist]

Drinking tea with state security police (hint: no tea is actually involved). “In another case, when the interrogatee argued it was his natural rights to attend the River Crab Banquet (河蟹大宴) , an event to be held in Shanghai by Ai Weiwei in 2010, the police blasted, ‘Don’t talk about natural rights with me! Here the Communist Party rules!’” [Seeing Red in China]

You may not believe it, but the movie is Let the Bullets Fly. “Now the ‘Banned in China’ label has become even more meaningless, because the most savage anti-corruption movie ever made in China, and the most cynical comedy about state-sponsored criminality, has not only received an official release, it has become the most popular Chinese movie of all time.” [Grady Hendrix, Slate]

Your Chinese meme of the month, via C. Custer of China Geeks: “If You’re Happy and You Know It, Clap Your Hands.”

Terrorism. “A faction of the Pakistani Taliban claimed responsibility on Thursday for the killing of a Chinese woman this week, saying it was in revenge for China’s killing of Muslims in its troubled northwestern region of Xinjiang.” [Reuters]