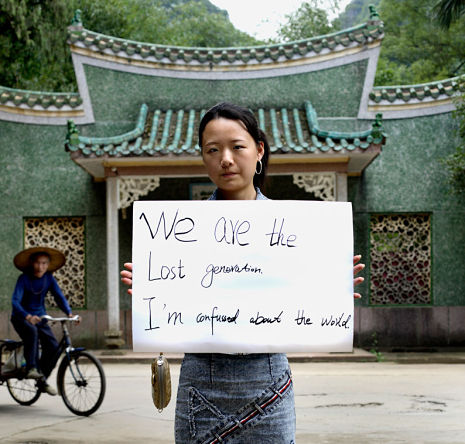 Two very improbable things happened in tonight’s Game 2, and they may not be unrelated: the refs called a fair game, and the visiting team won. Stephon Marbury missed his first six of seven shots, Guangdong’s Aaron Brooks was unstoppable for two quarters and the Ducks got manhandled on the boards all night. Somehow, down 10 heading into the fourth, Beijing won and now lead 2-0 in the series.

Just to be clear, in case there is still any confusion: there was no coup this week in Beijing. But this is still a good read: “But the wall of secrecy that Communist Party leadership has built around itself also prevents the development of trust between the government, media and public. It leaves the media with no one to talk to and get real information from when there’s a wild rumour floating about, like the continuing – and so far unfounded – talk that some kind of coup d’état was attempted Monday night in Beijing. And it leaves the public unsure of what to believe in such situations.” [Mark MacKinnon, Globe and Mail]

Gripping photos of “a modern Chinese tragedy.” Perhaps you can guess: it’s about chai – demolition. [QQ News, via Shanghaiist]

“American Dream,” huh? That tired narrative is what you chose to go with? I think some combination of NBC, Brian Williams and Rock Center’s producers just realized it’s possible for people to step onto a plane and live in a place called “China.” [MSNBC]

It was inevitable that someone would eventually poke around the Chinese factories of other American companies, but we’re glad it was Mother Jones to do it. “Our fiction-free investigation finds that in many cases, the company’s auditors are asleep on the job.” [Andy Kroll, Mother Jones]

Congressman Walter Jones called China “Uncle Chang,” but hopefully people don’t think this is supposed to signify something. “Is referring to China as ‘Uncle Chang’ racist or just silly? I’m leaning more towards silly. I think a more racist remark would be if he was to refer to China as ‘Uncle Ching Chong‘ and certainly if he had used ‘Uncle Chink.’” [8Asians]

On HIV/AIDS: “Almost every country in the world has faced an HIV blood disaster early in the epidemic. AIDS denialism, the stigma surrounding the epidemic, and ignorance of how the virus was transmitted all contributed to the transmission of HIV through blood supplies. In many countries, the blood disasters affected a few dozen or a few hundred people. In Japan, France and Germany, victims numbered in the thousands. China’s blood disaster affected more individuals than in all other countries combined.” [Meg Davis of Asia Catalyst writing on China Geeks]

Matt Groening in Shanghai: “Celebrity guests usually don’t ask or comment about how they want to be depicted, Groening said. Yao Ming was one of the few who did. ‘Don’t draw me as a monster,’ Groening quoted the ex NBA star as saying. // ‘There have been a few cases of censorship over the years, times the (Fox TV) executives didn’t like what we did, but we rarely lose,’ Groening said. ‘We always win.’” [Shanghai Daily]

If you’re interested in an article about Asian Americans in Asia with quotes such as, “The Chinese ‘don’t distinguish between nationality and ethnicity’” and “The Chinese have a different way of communicating,” here it is. [MSNBC]

Here’s your Tigon in China interlude, via Buzzfeed:

Via above: Tim Culpan on Foxconn. [Bloomberg]

Another Jim Yardley excerpt of his book on the CBA. [Grantland]