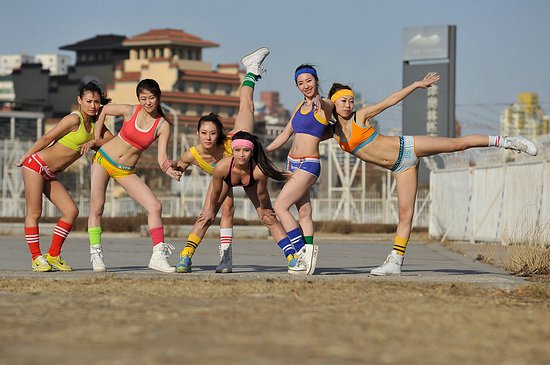 The biggest story in China obviously remains the Bo Xilai and Family saga, so we’re going to do a special links post dedicated to him after this one. For now, non-Bo links.

They’re rioting in Chongqing, but not because of Bo. “Online reports circulating in China say thousands of residents of Wansheng District in Chongqing protested and rioted today over an administrative decision to merge two separate districts. According to online reports, residents of Wansheng District are afraid their living standards and economic conditions will deteriorate after the merge. The riots occurred the same day that the central government announced that former Chongqing Party chief Bo Xilai had been dismissed from all Party posts and his wife was suspected of murder.” [China Digital Times]

It’s not often we link to fiction, and that’s a shame. That all changes now. “The London Book Fair welcomes the world’s biggest publisher by volume this month, with China selected as the 2012 Market Focus. The Guardian’s China stories series presents new English translations of short stories from the most exciting writers working in China today.” [The Guardian, via Paper Republic]

An article that I’ll sum up with one answer: Because there’s a shitload of people. “But why should the world treat the one-child policy with such tolerance?” [The Diplomat]

Complete with funny pictures of postcoital triste: “Over 70% of Chinese Have Had Premarital Sex, Research Shows.” [chinaSMACK]

Corollary: Dear God, Fauna, have you lost your soul? Get rid of the pop-up auto-play video ads, please.

The story of modern China, with pictures. “Before we went, we had the stereotype of the Chinese as all the same. A huge mass. The gray Chinese. But it was the total opposite. The people in the north are as different from those in the south as in Europe–like Scandinavia and Italy. There’s also a stereotype that the Chinese think en masse. But we were told that everybody fights for themselves–or at maximum, for their family, their business partner, their next of kin. We heard it over and over again: We are too many. We have to be egotistical.” [Fast Company]

Yet another Beijing vs. Shanghai story, but the writer of this one forgot to mention that 1) no one cares about motor racing, and 2) FC Shenhua remains absolutely terrible. “[Shanghai has] motor racing and now one of the richest and most talked about clubs in the world of football.” [The Diplomat]

China increasing surveillance? “Over the past week I’ve been biking through the Shandong countryside. As is always the case on these trips, the biggest challenge was finding a place to sleep. A hotel has to have special approval to accept foreigners – which most have in major urban centers. But once you get to smaller cities, few, if any are allowed to house someone without a Chinese ID.” [Sinostand]

“Rocket and a hard place.” “A joke circulating among officials in Beijing pretty much underlines the bind China is in over North Korea’s plans to send a satellite into space. // North Korea’s young ruler Kim Jong-un phones a Chinese leader to tell him about timing of the planned rocket launch. ‘When will it be?’ asks the Chinese leader. // Kim replies: ‘Ten, nine, eight, seven, six, five, four…’” [Reuters]

“Maybe Foxconn isn’t so horrible after all.” [The Atlantic Wire]

“The De-Bikification of Beijing.” [The Atlantic Cities]