A weekly column in which Chinese media is taken to the stocks. Assume [sic]‘s.

A few may notice a name change for this week’s column. That’s because everything I think about the Chinese media is wrong, and I simply bask in the freedom given to me by the glorious motherland.

Anyway, it has been a slim week for Chinese editorials, as they took a break from America bashing, CCP asslicking and Tomb-Sweeping Day banality. Still, we carry on the best we can.

This is a tale of Cambodia, though you wouldn’t know it from the title. Cambodia is China’s bitch. China promised foreign investment to the tune of $5 billion by 2015 before the ASEAN meet, and a number of diplomatic niceties between Chinese President Hu Jintao and Cambodian Prime Minister Hun Sen have garnered a great deal of attention, leaving many wondering exactly how far over the Cambodian PM is bending.

With the Chinese investment and humanitarian package deep, deep, deep inside the Cambodian PM, it gave rise to rumors that the South China Sea issue would receive preferential treatment (i.e. none) at the ASEAN summit, of which Cambodia is the current 10-year rotating president.

For those unfamiliar with China’s stance on the South China Sea issue, please see the following gif:

China and Cambodia are happy allies in graceful harmony of laughter and joy shat forth from the motherland’s sweet womb. They have been exceptionally congenial since Cambodia deported Uyghurs seeking political asylum back in December 2009, with the Chinese government responding by signing 14 deals with Phnom Penh totaling USD $1.2 billion. The US got pretty pissed off about the ordeal (or rather, deal) and started suspending aid, which is a pretty bitchy thing to do.

Since then, Hun’s nation has been rewarded by the majesty of the motherland. He scratches China’s back, China gives him billions of dollars in investment and aid.

However, the subject of the editorial concentrates on people saying, well, what I just said.

“People’s perception of China’s international image is always guided by Western media.” Ahhhhh, the ubiquitous Western media, the bane of China’s existence, the biased dog-faced whoresons of capitalism and commerce. The “Western media” makes an appearance in every fucking Chinese article throughout all history. (That’s actually not true, but if they’re going to bang on about me lying every day, I might as well do it occasionally.)

The editorial complains that the “Western media” said about the meeting between Hu and Hun: “First, Cambodia should not obey China on the issue of the South China Sea” and, “Second, Cambodia has fallen into the trap of Chinese investment and become a dependency of China.”

From what I’ve gathered reading Chinese media, the Western media consists of Japan, Indonesia, Thailand, Malaysia, Mongolia, Russia, India, South Korea, Hong Kong, Taiwan and other Western dogs like them. Basically, every single country with a free or slightly free press is the Western media.

Of course, not everyone in Cambodia is overly happy about the whole thing, and will not stop pissing and moaning about the Khmer Rouge. Hell, here are those Western media bastards in Phnom Penh banging on about how the Chinese have taken about a quarter of the 17 million hectares of agricultural land and forest available in Cambodia. Filthy Western bastards.

There’s nothing wrong with being in China’s pocket. It’s a rather nice pocket in which to be. But the Chinese propaganda rags are insulted that anyone could possibly suggest that China would do anything so… Western, as to bribe a nation into obedience and cordiality.

Hu, of course, was merely a visitor to Cambodia and was in no way trying to remind Hun on which side his bread is buttered.

The Cambodian PM stood up at the end of the ASEAN conference and said that there was no truth in the reports that he was being bullied by China, and then made a face like this: 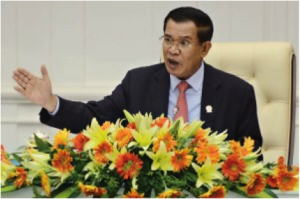 So any “free press” that doesn’t talk about nations like they’re characters in a children’s book is “Western media.” This was extremely evident in a Global Times editorial this week where the word “China” or “Chinese” was mentioned 22 times in a space of less than 400 words. This is not altogether strange, as the point of the article was: “If we go down, we’re taking all you motherfuckers down with us.”

But the PRC does this a great deal, and I often read it in a Mr. Rogers voice to make it more palatable: “China is very happy,” “America needs to own up to its responsibilities,” “North Korea has been very, very naughty.”

China has a tendency to treat and speak about North Korea like a wayward child, with statements like, “It is unfair for a small country to endure so much pressure from these big powers.”

The editorial goes on to state that, “North Korea should pay more attention to the suggestions made by its friend.” One can’t help but be reminded of how parents in China bargain with their children on the streets to stop them from launching rockets.

This is actually a situation that makes me feel bad for China – diplomatically, that is. It’s got to be really hard for a modern nation to defend the policies and diplomatic interests of one of the most barbaric civilizations on earth. It would be like America being diplomatically buddy-buddy with, well, North fucking Korea.

It’s difficult to make comparisons with North Korea, a country that worshipped this: 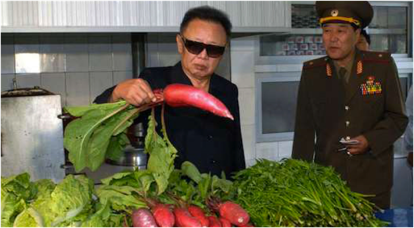 Thinks this is entertaining: 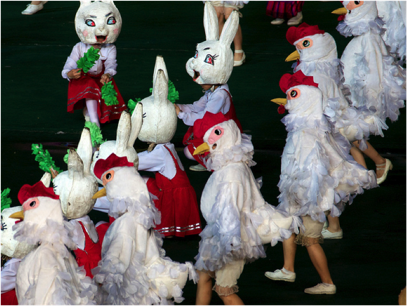 And is impressed by this: 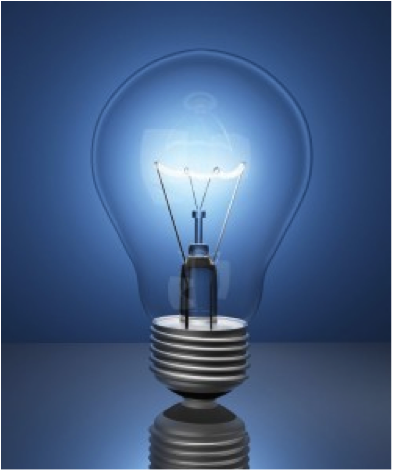 China comes off in the editorial like a parent that is standing up for a child who has recently gone all emo, and America and Japan come off just wanting to give the brat a slap.

North Korea. What a bunch of crazy…

You know what? Ever since Kim Jong Il died, my heart isn’t in it anymore. That chubby little bastard is no replacement. I miss you, Jong old boy. Thanks for all the laughs.

The “Recommended reader’s comments” (emphasize [sic]) from People’s Daily is about what you would expect. Personally, I am against all of this new-age hokum of the “average citizen” contributing their thoughts to news and opinion pieces. Have you met the “average citizen”? He’s a moron.

But it is a good chance to laugh at the Chinese media, an institution so insecure that I doubt its collective penis size could be measured in imperial. (Note: This is not racist, merely a funny comment on the poorly documented psychological correlation between perceived penis size and insecurity.)

Something that would scare away any potential troublemaker should be the fact that the People’s Daily publishes your IP address (some of it) with your post. They just want you to know they’ve seen it. However, it can be funny when they get it wrong. If you can be bothered, trace the IP addresses.

You don’t have to do that most of the time. When someone named “Yankee Fan” says, “It like US number two in olden days-nows is China is 1,” you can usually guess that the guy is not really a Yankees fan.

These are obviously pretty severely censored posts, and it’s not even hard to spot. Check out the first sentences of 3 of the 5 posts (9 on the actual article, but you have to dig for them):

PD User, There is no motive on the Chinese government”s part.

@PD User (IP:70.165.193). I think the Chinese government has no motives when you read so call anti west postings by other PD Users around the world.

And where is this PD User you speak of? He is gone. Not in the recommended responses. Mourn PD User (70.165.193) and Canada, for they are not worthy of being “Recommended Reader Responses” even though the entire thread is in response to them. 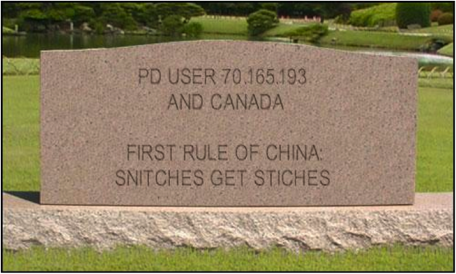 The statement that started the vitriol was, “I read so many anti west rants on this site, it makes me wonder about the Chines Government motives,” from PD User 70.165.193x.

In response to this, one user wrote, after explaining that everyone in the Middle East, South America and Asia hates the West: “Why don’t you start posting something against the invasion of Iraq or Libya in Washington post and others and see whether they will delete it or not.” 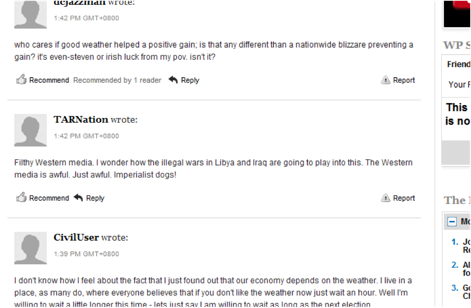 I did, however, try to post on the People’s Daily piece seven times, but my comments were never approved by the moderator, even after a 24-hour wait. One of my comments simply said, “pie.” I am willing to put up with all manner of insulting gibberish from these commie rags. But to not like PIE?! That’s just wickedness.

Actually, most of the posters on this recommended thread share identical IP addresses, all emanating from the same place. But without the last digit, it is difficult to tell where exactly; ostensibly California, USA.

Most of the time, the “Recommended Reader Responses” are funny because they don’t spend enough time on them. Here is one from April 2. The article, “Russia Tourism Year in China contributes to bilateral ties,” only had one sad little comment: “Let the years of tourism be not just slogans but opportunities to boost relationships and understanding. From Russia with love.” Apparently, they thought this so interesting that they had to put it in their “Recommended Reader Response” section. But then again, whoever does this can’t have an easy job.

However, readers should note that this is hardly a real basis for ridicule of the Chinese media. All comment threads are the nadir of human civilization. These examples are just a slightly embarrassing attempt on the part of the CCP mouthpiece to control the digital bear-baiting that is comment forums.

Every time I accidentally read a comment thread, what is often and aptly called the “bottom half of the Internet,” I feel like spending the next decade studying virology so I can construct a virus to kill every last fucking one of you sniveling, passive-aggressive, whining cunt whistles who insultingly call yourselves Homo sapiens; then after the human race is burnt and purged away and the sun expands, a lonely spaceship will cross the ephemeral path of our once inhabited planet, and a shiver will run up the spine of a forlorn pilot who wonders what rancid and hateful creatures once stood in this cloud of dust and misery.

See you next week!

5 Responses to “To Serve People: What Exactly Is “Western Media”?”