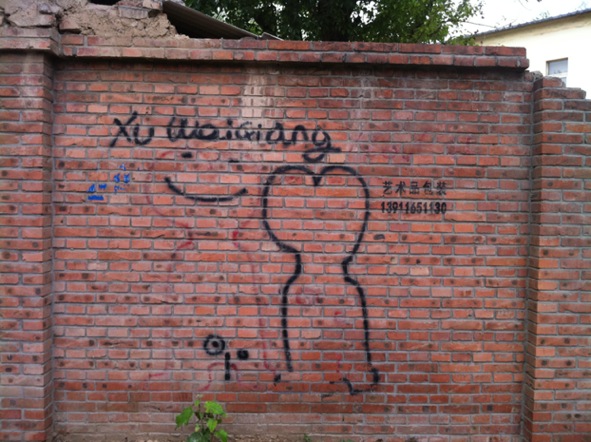 If you’re in Beijing, don’t forget about the Beijing Cream Bar and Club Awards party tomorrow. In the meantime, links.

“Douchebag laowai”: Shanghaiist deserves props for posting about it first, but the Beijinger wins with this transcript:

Police Officer #2 [to the Chinese woman]: ”Don’t waste your energy, lady. It’s fine for him to keep his legs high – he’s an artist.”

UPDATE, 5/22: He has been fired from the Beijing Symphony Orchestra.

Uh, North Korea? China is one of your only friends in the world. They give you food. They put up with your tantrums like a mother. A mother. WTF? “One of the owners, Zhang Dechang, told the Beijing News that the captors initially demanded payment of 1.2 million yuan (£119,300, $189,800) for the return of the men and boats, now reportedly in North Korea. // The captors then reportedly reduced their demand to 900,000 yuan.” [BBC]

Corollary: A netizen comment: “Some news even says the ransom is 1.2 million. So the so-called War to Resist U.S. Aggression and Aid Korea taught in the books is a lie?” [Ministry of Tofu]

Intrigue among CGC’s rescuers. “In an interview with the Apple Daily while Pearl was detained by authorities, Guo Yushan had said, ‘I planned everything alone. Even if Pearl did anything, she was just implementing my arrangements. I received news of Chen Guangcheng’s escape very soon and organized the rescue operation immediately.’” [Shanghaiist]

Hong Huang, the Wall Street Journal, Rupert Murdoch, Jon Huntsman, Bo Guagua, and Gawker. How’s that for a who’s who? “I emailed Page this morning to ask if he had any comment on Hong Huang’s claims. Roughly an hour later, I received a call from the Journal‘s China editor Andrew Browne. ‘I know Hong Huang personally,’ he said. ‘We know her very well. She deliberately chose not to contact us and check facts, and almost every piece of information she puts forward is not true. Let me be categorical: Rupert Murdoch had nothing to do with that story.’ I pressed Browne on that point, and he crafted as definitive denial as possible: ‘There was no communication at any point between our bureau and Rupert Murdoch, nor was there any message passed on to us that passed through Rupert Murdoch directly or indirectly. He had nothing to do with it.’” [John Cook, Gawker, via Sinocism; also see Want China Times]

NY Times tracks down Patrick Henri Devillers — closely connected with the Bo family — in Phnom Penh. “Mr. Devillers declined to speak on the record at his modest home, a sparsely decorated but attractive two-story French colonial building that survived the Khmer Rouge’s bloody rule of Cambodia from 1975 to 1979. After a subsequent exchange of e-mails, late Wednesday evening he allowed one comment to be attributed to him, a quote from the most famous Taoist text, the Dao De Jing, also known as the Tao Te Ching.” [NY Times]

Punk is closing… at last. [LumDimSum]

“What Western women think of shorter men.” [Speaking of China]

“Does every city really need an old town?” [Seeing Red in China]