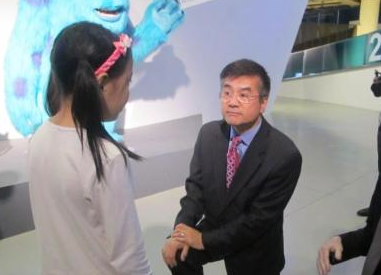 Via China Media Project, featuring a cute essay by third-grader Yang Zhimei about the above photo.

There were so many reads from the past two days that these Mid-Week Links will be presented in two parts. In this first part: Monday night to Tuesday afternoon (mostly) links.

Beijing Daily has not had a good week. “Responding yesterday to a Weibo post suggesting Gary Locke is among America’s super-rich and that his common-man antics in Beijing are just a ‘show,’ Beijing Daily wrote on its official Sina Weibo account: ‘Won’t Gary Locke please disclose his personal assets. 请骆家辉公布财产.’ // Oops. // Chinese users pounced on this post this morning, pointing out with no small measure of schadenfreude that U.S. politicians all had to disclose their personal assets, and that these figures were publicly available on the internet for the convenience of all citizens.” [China Media Project] 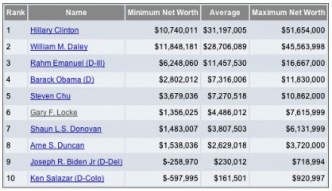 A man who has taken it upon himself to drink baijiu as an experiment miraculously remains alive. “In regards to toxicity, I can anecdotally confirm the surprising findings of the mouse hangover experiment ­– I have rarely had hangovers on nights when I drink nothing but water and baijiu, and neither my travel companion nor I had a single hangover on our trip around China until we hit huangjiu country in east China…. Since starting my experiment, the only time I’ve ever vomited while drinking baijiu was while consuming fake Maotai, and I don’t boot without a fight.” [300 Shots at Greatness]

This is nice. Please don’t let there be an “other shoe” that reveals this to be a publicity stunt. “On May 11, a post from netizen 一Buddy一 calling for help mobilized Weibo users from around the world. The SOS message goes: ‘I need to ask all of you for a favor. My grandpa is severely ill and, according to the doctors, doesn’t have much time to live. He hasn’t been to many places in his life, nor does he have much time to do so now. I painted a portrayal of him. If you could, please print it out or show it on computer screens and take it out to shoot a picture with it at where you are.’” [Offbeat China]

Corollary, from above link: “Story of my father driving a taxi:Yesterday afternoon, a blind man got into my father’s taxi from Meijing (a big residential district in Tianjin). When he got off, the fare totaled 11.4 yuan. My father helped him into the building and told him: ‘I won’t charge you for your ride because I earn money a bit easier than you do.’ When my father walked out of the community, another middle-aged man got in and wanted to go to Zhongshan Gate. His fare was 14.5. My father and he had very pleasant chats on the way. When the man got off, he handed over 30 yuan to my father and said: ‘I’m not a great man, either, but like you said, I earn money a bit easier than you do. Hope you keep doing good.’”

Review of CT501, China’s first home video game console. “Exceeding all of my wildest expectations by just working, the CT510 is a very impressive first for a no name Chinese company trying to make a name for themselves. Unfortunately for eedoo its 3,799 RMB (600 USD) price tag really kills it.” [Kotaku]

Physicists at Shanghai’s University of Science and Technology of China claim to have “teleported” a photon more than 60 miles (97 km). “Quantum teleportation, which has been around since 1997, is a little different than what you see in sci-fi movies. Considered “one of the holy grails of practical quantum communication,” as the scientists write in their abstract, teleportation is the ability to essentially move one object from one place to another without traversing the space in between. But as Forbes explains, the actual object is not moving from point A to point B. Rather, the distant photon mirrors the information contained by the original photon, essentially becoming an identical twin.” [Time]

Three illegals: “The police have announced they will go after foreign nationals who are 1) in the country illegally, 2) remaining illegally, or 3) working illegally. They call such foreigners ‘san fei’ foreigners, or 三非外国人, meaning ‘three illegals.’” [Tea Leaf Nation]

Party > law. Questions? “In considering the possibility that Chinese criminal law might be invoked to punish misconduct in either case, it would a mistake to think of China’s legal institutions as a ‘legal system.’ Legal institutions in China, especially the criminal law, are part of a political system that ultimately directs their application and their use. They are essentially grounded on the dominant notion that law is to be used to keep the Party in power.” [Stanley Lubman, Wall Street Journal]

Your biking through Shanghai interlude: [Sinostand]