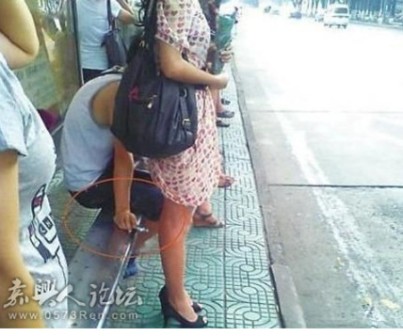 It was the 46th anniversary of the Cultural Revolution yesterday. With that in mind, Part 2 of the Mid-Week links.

Big news of the moment: “In a rare sign of open opposition against two of China’s most powerful leaders, a group of retired Communist Party members have called for the resignation of the country’s security boss, Zhou Yongkang, and a top propaganda official, Liu Yunshan.” [NY Times]

Salman Rushdie on censorship. “The Ministry of Truth in present-day China has successfully persuaded a very large part of the Chinese public that the heroes of Tiananmen Square were actually villains bent on the destruction of the nation. This is the final victory of the censor: When people, even people who know they are routinely lied to, cease to be able to imagine what is really the case.” [The New Yorker]

About that anniversary. “Lest we forget, today, May 16, is the 46th anniversary of the kickoff of the Cultural Revolution. On his Sina Weibo this morning, renowned scholar and social justice activist Yu Jianrong called for May 16 to be designated a day of reflection. My first exposure to anything about the Cultural revolution came during third year Chinese at the Middlebury summer program in 1988 (yes, that old), when we were reading the May 16 Notice aloud and after a classmate made a mistake the teacher, a Beijinger, corrected him and then proceeded to recite the next three pages, all while writing something else on the blackboard.” [Sinocism]

The Atlantic is running an ongoing series called “China Takes Off,” with enough content to compile into a book. Also, James Fallows remains pretty awesome. [The Atlantic]

Some perspective on the China-Philippines kerfuffle. “Alas, Aristotle, the ancient Greek philosopher who coined the term politika, or politics, would undoubtedly have reacted with a decisive face-palm upon hearing of such infantile political brawls. The ‘I saw it first’ mentality is not only foolish and untenable, but also potentially catastrophic if adopted by superpowers such as China.” [Daniele Pestilli, Tea Leaf Nation]

In the “who knew?” department: this month is anti-cult month in Beijing. “Beijing will focus work on promoting the ‘families say no to cults’ campaign in the city’s ‘anti-cult educational month,’ according to a press release-like article in yesterday’s Beijing Evening News.” [Global Times, via China Hearsay]

China’s wasting its time. “At an official Hong Kong banquet in 2007, Chinese President Hu Jintao called for a renewed push to teach children in the city about the ‘great tradition of loving the motherland.’ // Such a national education plan, later backed by Hong Kong leader Donald Tsang, was immediately decried by many who worry about the mainland exerting growing influence over the former British colony that returned to Chinese sovereignty in 1997 under ‘one country, two systems.’” [Wall Street Journal]

“100 Flowers Campaign”: “‘The officers will then scrutinize the complete documents for some time, before announcing that there is a big problem,’ promised Beijing public security spokesman Wen Ping. ‘Tt’ll be just like you’re authentically Chinese.’” [China Daily Show]

Caixin’s photo slideshow of foreigners had to include a family of black people being scoped by cops, eh? [Caixin, via Reddit]

Another Ferrari dust-up, this time in Singapore, involving a Chinese driver. [Shanghaiist]