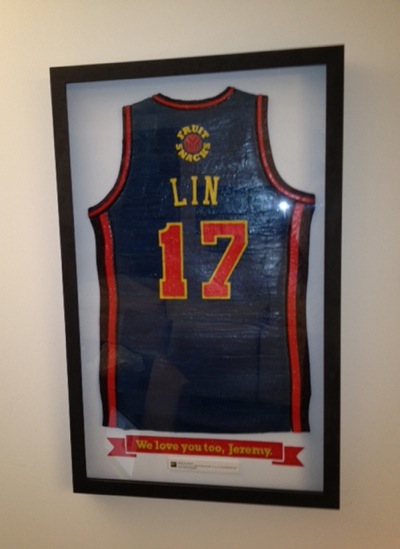 Via Buzzfeed‘s Jack Moore, apparently Jeremy Lin expressed his love of Fruit Roll-Ups on February 12 in a tweet. The company was so touched by this — or realized they were touched by it three days later, when Lin did this — that they constructed a replica of his jersey using just their product. That is, fruit roll-ups. Then they sent it… twelve weeks later. “The moral is, as always, nobody has their finger on the pulse quite like that snack we all used to eat in the ’90s,” notes Moore.