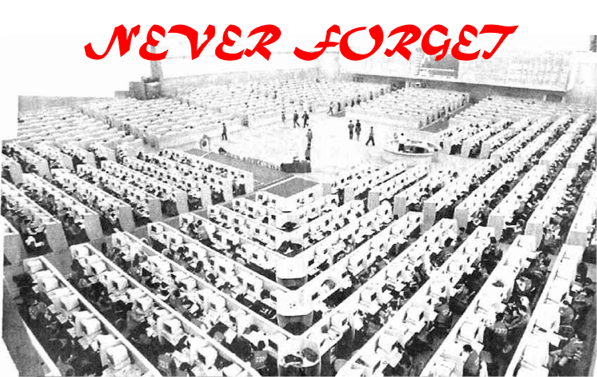 Confounding even the most grounded of numerologists, the movements on today’s Shanghai Stock Exchange have caused a minor stir. The index opened at:

The bizarre figures have led a handful to suspect that activists may be manipulating stock prices – the idea that market forces aren’t actually driving the SCI has shocked even fewer.

Needless to say, the censors were on high alert and out in force today, meaning that Web searches for the Shanghai Composite Index were blocked as of Monday afternoon – further evidence that the government’s paranoia for its own precious image trumps even that of economic concerns and the free flow of information necessary for  business. Sucks to be a banker in China!

The inauspicious signs of a rocky road ahead (the dragon casts a three-year shadow) won’t surprise practitioners of the ancient ominous arts: 2012 is the Year of the Dragon, traditionally a fiery period of turbulence in the Chinese calendar – especially the Communist one. 1964 marked the start of events leading to the Cultural Revolution, 1976 saw the Tangshan Earthquake, the death of Mao and the arrest of the Gang of Four, and 1988 saw the grassroots student movement for democratic reform regain a momentum that led us to the Date That Dare Not Speak Its Name (even the words 今天 and 昨天 — “today” and “yesterday” — are currently blocked according to “relevant laws, regulations and policies.” Think about that. Only the future is allowed to exist.)

Still, it’s also a water year, cooling the dragon’s flames and, it is to be hoped, preventing any of these fissures leading to a Gordon Chang-style apocalyptic reckoning for the Politburo. And proving that nothing is forgotten – at least by many – these new pictures emerged on the Internet today, taken by a soldier who says that he and fellow troops on Tiananmen duty that day were never able to find proper work again afterward. Seems 6/4 was a resume killer; see also: Zhao Ziyang.

5 Responses to “A June 4 Story: The Shanghai Stock Exchange Is Messin’ With The Politburo”