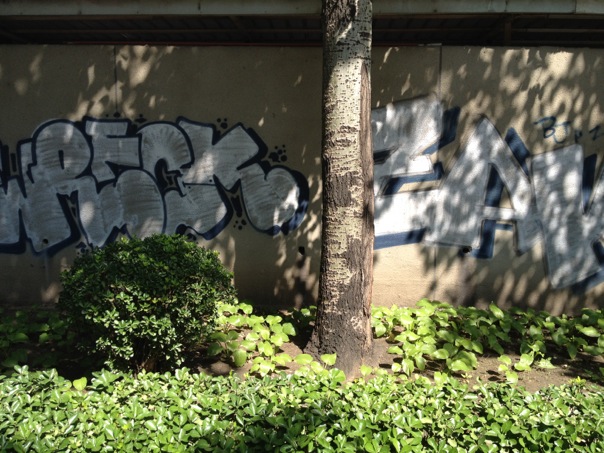 It’s hard to miss the recent proliferation of graffiti in Beijing’s public spaces. The underpasses, bridges, and neighborhood walls have been hit hard by the pandemic, and I’m not just talking about scrawled telephone numbers and advertisements (though you’ll see your fair share of those). It seems the increased public vandalism, which stretches from deep inside Second Ring Road and extends to the outskirts of the city, is yet another sign of Beijing’s burgeoning metropolitanism.

If you’re like me, the reason you’ve begun noticing the graffiti is because you watched the Academy Award-nominated Exit Through the Gift Shop. As soon as I finished, I wanted to pull on my black hoodie and hit the streets with a few cans of spray paint. But is the Banksy documentary the reason for the surging popularity of street art in the city, or had I just not been paying attention before?

As a longtime Beijinger, I can remember when there was only one artist foolish enough to tag the city’s walls. His name was Zhang Dali and his spray-painted silhouette was easily found in and around the many neighborhoods that were scheduled for demolition in the decade leading up to the Olympics.

Otherwise, graffiti in Beijing was a rare sight, other than at publicly staged events like the Olympic graffiti wall near Renmin University in 2005 or the More Than + Pop Art Festival in Sanlitun Soho in 2010. Cynics could point to such events as ways for the local government to co-opt and commercialize a potentially rebellious act in much the same process that’s happened to Cui Jian, the godfather of Chinese rock, and 798 Art Zone. Nothing robs something of its defiant cool like a government imprimatur.

As my survey of the current state of Beijing graffiti indicates, the artists have come a long way from the Zhang Dali days. The designs are both less overtly political and more artistic. It will be interesting to see how local officials react as the trend grows. The fact that some designs have remained untouched for weeks or longer suggests they might have been officially sanctioned in the first place, though if you really start looking, you’ll see plenty of painted-over walls that were already hit.

Graffiti is inherently a public act of vandalism, in a society that frowns upon any overt displays of outspokenness. I don’t actually know any graffiti artists – and I’d like to state for the record that I find such subversive acts to be shameful – but I am interested in learning more about them. If you know of any other spots in the city that have been hit by graffiti, go ahead and share their location in the comments.

The Good Doctor is a writer in Beijing. Check out his website, The Chaos Factory. The pictures in this post are his. 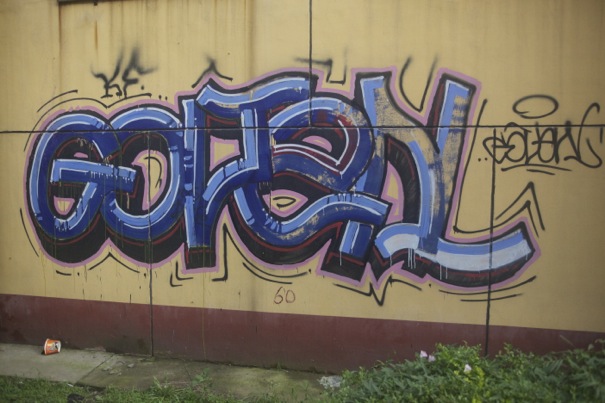 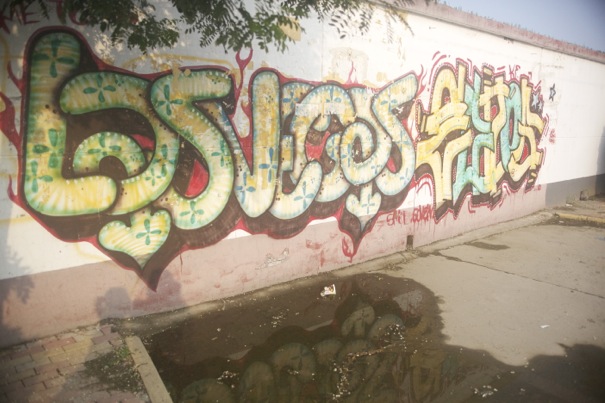 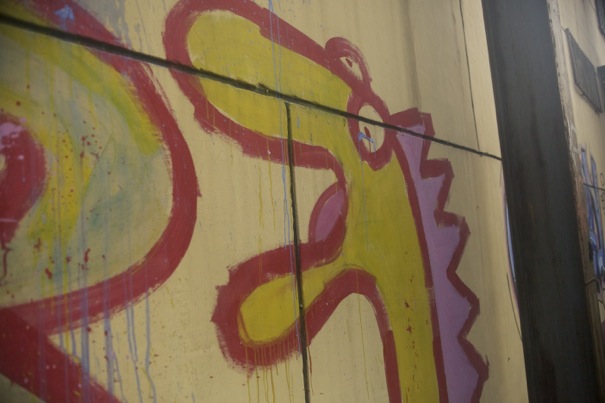 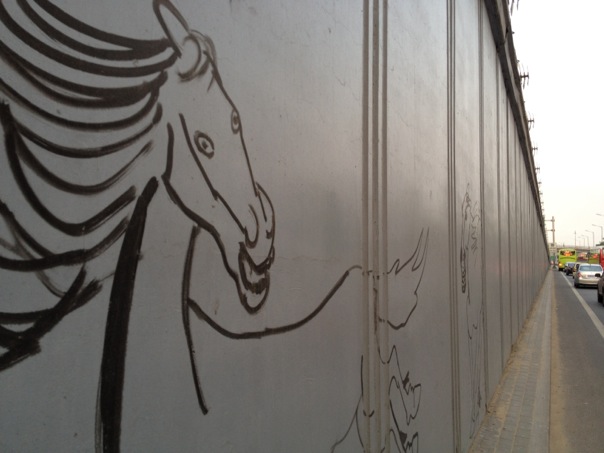 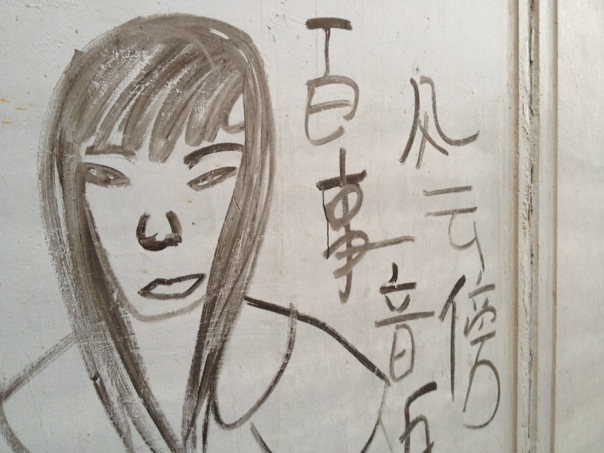 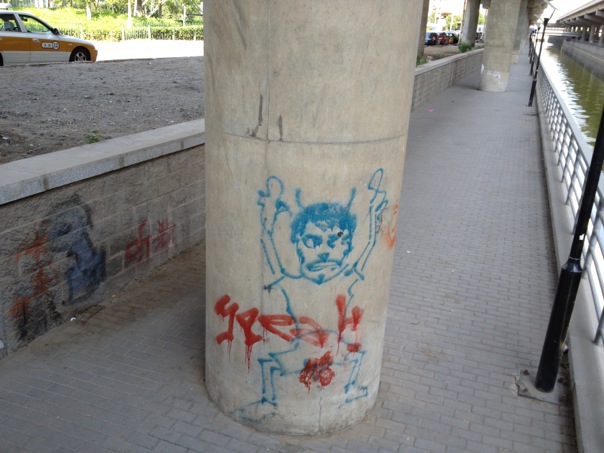 If you’d like to check out more, here’s the trailer for the documentary Spray Paint Beijing: