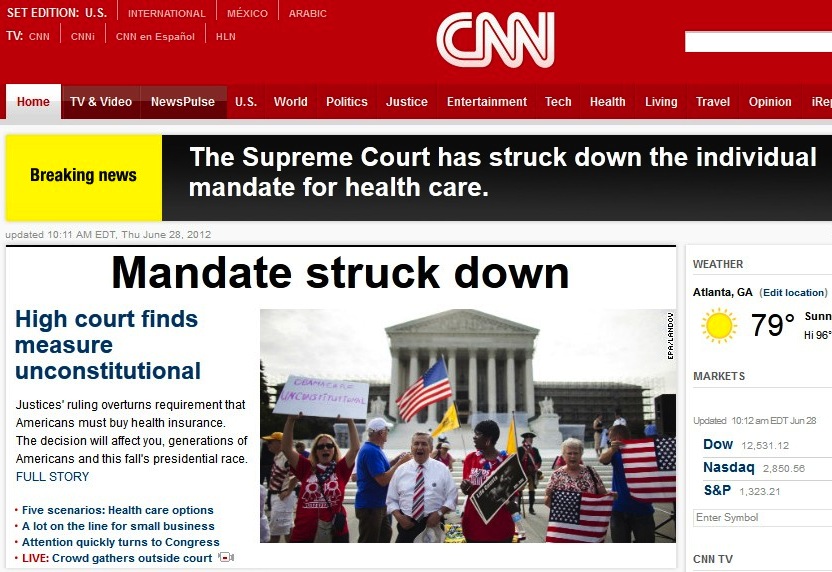 Politics in the US is messy and often stupid. But what’s CNN’s excuse?

The mandate for universal health care, of course, was upheld by the Supreme Court, 5-4.

But hey, we all make mistakes. No worries, CNN — here’s a link to your story on the matter.

And if you want a China spin, here are reactions from netizens on Weibo, compiled by Tea Leaf Nation. An example of an informed response: “@豆麻麻-Kathy [from Shanghai]：China also needs this kind of leader, someone truly dedicated to helping common people. But it’s easy to pass a law [Eds. - not in this Congress!], the real implementation and administration is the hard part.” Love it when people are sensible on the Internet. 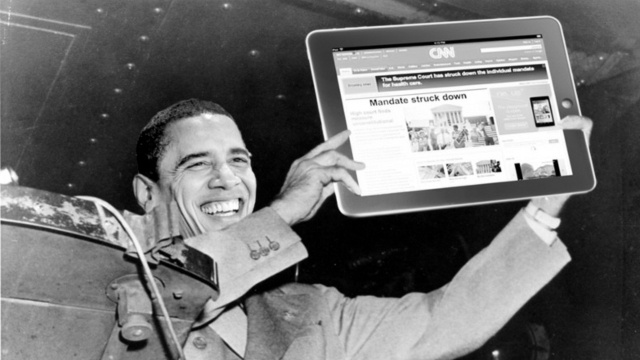 CNN, of course, has issued an apology. Fox News, which made the same mistake as CNN, apologizes for nothing, according to the Hollywood Reporter, which notes via a Gawker link:

The Associated Press, which got the initial story correct, had to tell its newsroom employees to stop taunting CNN for its blown coverage.

“Please, immediately, stop taunting on social networks about CNN and others’ SCOTUS ruling mistake and the AP getting it right”  AP Central U.S. Region Editor David Scottwrote in a memo to his staff. “That’s not the impression we want to reflect as an organization. Let our reporting take the lead.”

And in that above link, Gawker adds, with a nod to Romenesko (this is how you hyperlink — you paying attention, China blog editors?):

For all its braggadocio, the AP wasn’t the first news organization to report the ruling: That honor falls to Bloomberg News, which beat the AP by 24 whole seconds.