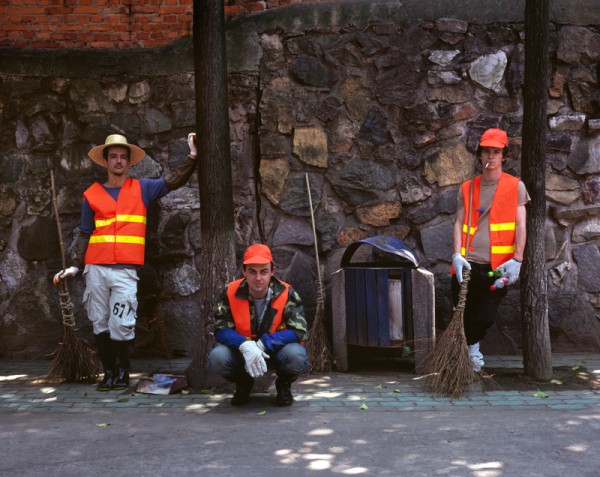 I’m out of town this weekend, but will find a way of checking in. Some good content is scheduled, including Wang Wen and a graffiti post by the Good Doctor. For now, links.

Shit! I haven’t been to Tibet yet… “In a matter of days, the number of expected foreign visitors to Tibet has gone from millions to zero. // Chinese authorities alerted foreign travel agencies Tuesday that they would no longer be issuing entry permits to Tibet, the latest in a series of regulations being put on travelers to Tibet. The announcement follows the self-immolation of two Tibetans last week.” [ABC News]

Can we really even call them “writers”? “To mark the 70th anniversary of [Mao's] speech [to glorify the revolution], the Writers Publishing House, one of China’s most important literary publishers, produced a special book. // The country’s most famous writers were asked to copy out sections of the speech by hand, and the vast majority meekly accepted, including internationally acclaimed authors such as Mo Yan, Han Shaogong and Su Tong, who wrote the Boat to Redemption. Some writers, including Yan Lianke, author of Dream of Ding Village, refused to take part. // The book has caused a stir in literary circles.” [Malcolm Moore, The Telegraph]

What to do with Bo Xilai? “China’s leadership faces a knotty choice in how to finish off fallen politician Bo Xilai without further damaging the Communist Party’s image: Purge him the old-fashioned way — in secret — or run him through a public trial. // Analysts and a veteran party member say leaders are leaning toward a trial. But either way, the challenge is to prevent lurid allegations that Bo abused his power and that his wife was involved in the murder of a British businessman from upsetting a once-a-decade leadership transition just months away.” [Time]

How the Chinese feel about abortion. “What does it mean to be a “pro-life” Chinese person? Recently, many Western media have been calling Chen Guangcheng, the Chinese dissident who fled China by seeking protection at U.S. embassy in Beijing, a pro-life activist. Conservative websites such as Gateway Pundit and LifeSiteNews.com (a non-profit pro-life news service) have described Chen as a pro-life activist whose involvement in anti-abortion efforts has caused him to be abandoned by the “pro-abortion” Obama administration. // This picture of Chen’s ideology is misleading–but it obscures a larger consensus within China that abortion is wrong.” [Tea Leaf Nation]

Still calling Global Times the “Fox News of China,” eh? “The tabloid newspaper, owned and published by party mouthpiece People’s Daily, dropped a bomb with its editorial last week titled “Fighting Corruption Is a Strenuous Battle in China’s Social Development.” It argues that corruption exists in all countries, including China, which will not be able to eliminate it any more than can any other country. Rather, it says, the key is to contain corruption to a level that citizens will accept.” [Helen Gao, The Atlantic]

Oops. “A senior officer surnamed Liu from the Xinglong County Forestry Police Bureau said it was inappropriate for tourists to set free such a large number of snakes into the wild on their own without approval. // After the villagers complained, the tourists paid 40,000 yuan (US$6,300) to compensate them for spending their work hours capturing the snakes.” [China.org]

On Chinese philosophy: “Chinese philosophy is valuable to us here and now because it concerns itself, deeply and directly, with large questions of  ‘the nature of reality and… humanity’s place in that reality.’” [The Useless Tree] 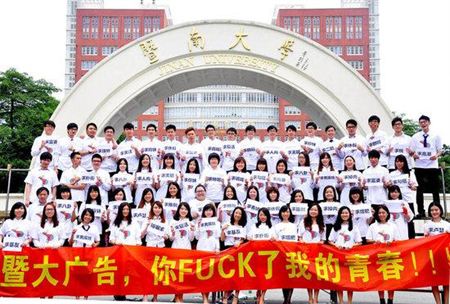 In honor of the final day of gaokao today, “Jinan university fucked my youth” via Shanghaiist

One Response to “Friday Links: Travel To Tibet Suspended, Chinese Central Adult Video, And What’s Up With Bo Xilai?”