Last Thursday, Italian designer Giorgio Armani held a show at 798 Art District in Beijing that was attended by 1,000 guests and stars such as Tina Turner, Mary J. Blige, Michelle Yeoh, and Fan Bingbing. Judging by those guests, the show must have been special — something about a decade-plus of Armani products in China. I forced myself into a sufficient state of caring to watch ten minutes of the embedded video. Then I fell asleep for a minute. I fast forwarded through some stuff and then fell asleep again, this time for five minutes. The video still wasn’t over, so I turned it off.

I can tell you for a fact that there were more than a few people walking in circles. There was a woman emitting strange cries every once in a while near the beginning. There was a woman wearing a plant at the 24-minute mark. Giorgio himself didn’t appear (unless he appeared near the end, at the part I turned off), but when you’re this man, you can do whatever you want: 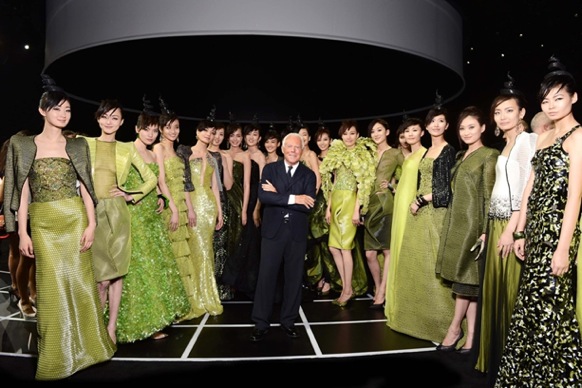 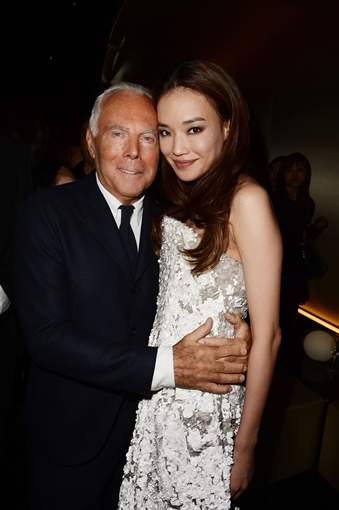 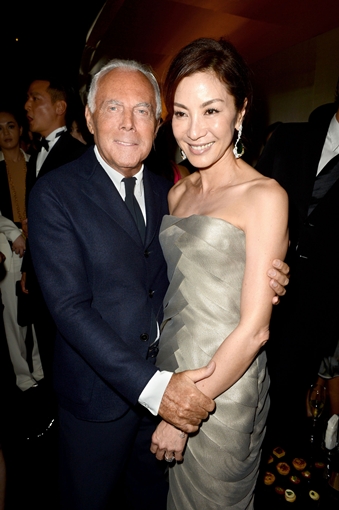 Beijing a pimp, I think is the street way of saying it.

Anyway, the above video has nice music. Interesting music, at least. Maybe watch for that?