It’s relatively safe to assume very few people in Guangdong care about the weather in Ukraine and Poland. Perhaps some soccer fans would rue a game getting postponed due to thunderstorms, but more likely, I think, they’d be relieved by the fact that they can go to sleep instead, since games are played at the midnight and 2:45 am hours here. So how to get people to watch?

Girls in bikinis and platform shoes. Got it.

Don’t know why they’re talking in synchrony though. That’s pretty weird. Youku video for those in China after the jump, plus some pictures. (H/T Alicia)

According to Guangdong TV’s website, the girls were chosen through a contest, narrowed down from more than a dozen contestants. They’re apparently also around to give live commentary of the games on Guangdong Sports Channel, which just seems like overuse of their, ahem, skills. Don’t want to risk overexposing them, you know?

UPDATE, 6/13, 12:59 am: According to Xinhua, the producers at Guangdong TV were cowed by negative publicity, and as a result:

Guangdong TV chose to ask the models to wear t-shirts for their Sunday night coverage of the game. 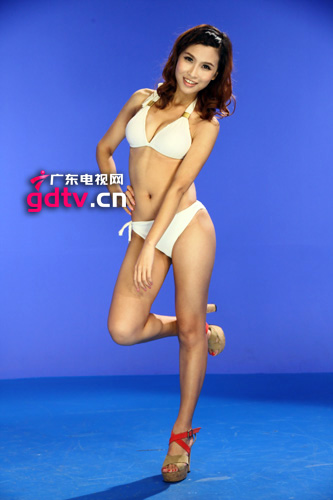 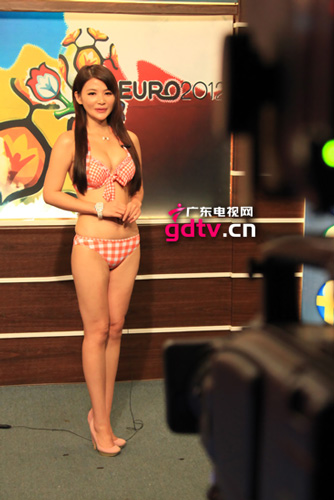 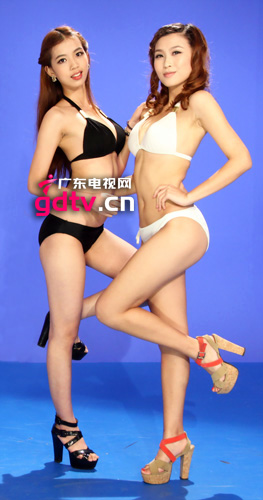