Leehom Wang wasn’t the only Chinese Olympic torchbearer in Manchester on Saturday — there was also news anchor Bai Yansong, for instance — but Wang was most definitely the only Chinese torchbearer to make all the Chinese ladies in the crowd shriek their minds out. He was also probably the only torchbearer to do an exuberant leap, which you can see in the above at the 0:35 mark and at the 2:11 mark in the Youku video after the jump. Look at all those excited people. Olympic fever — catch it!

We last wrote about Wang in April, when he flubbed a famous line in the song “As Time Goes By” at the Beijing International Film Festival. He was in top form on Saturday — though we think he could have gotten a bit more air in his jump. (UPDATE, 6:25 pm: Sarah Heintze, who was there and got this photo, tweets at us, “It was pretty cool, he was in such a good mood actually, it was infectious to watch.” Check out the second photo after the jump for an example.) 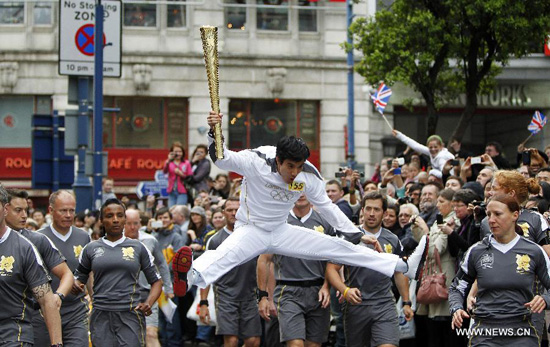 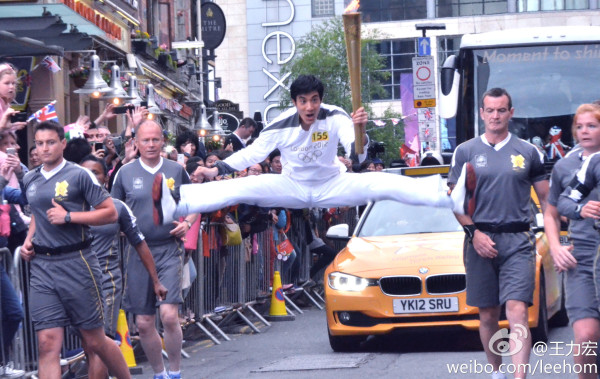 One Response to “Leehom Wang Does Thing, Ladies Swoon”