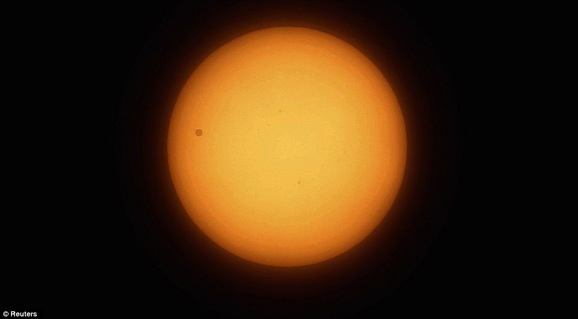 Caption in Daily Mail: "Spectacular: The planet Venus can be seen on its transit of the Sun, from Beijing."

For those in China, were you outside around 6 am last night? If so, we’d like your photos of the transit of Venus, in which the second rock from the sun passed between ourselves and our solar system’s nexus. For more information on this astronomical event that won’t happen again until December 11, 2117, during which time our descendants will be able to stare directly into the sun with their singularity-charged robot corneas, check out EarthSky. More brilliant photos are available at Daily Mail, which is where the above photo comes from (interestingly, they also feature pics from the suburb I grew up in). After the jump, a Youku video.