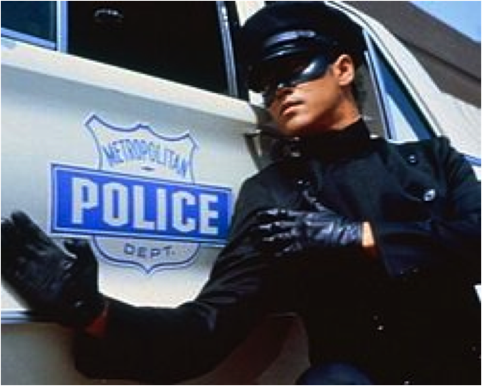 No, not that Kato. Yoshikazu Kato. 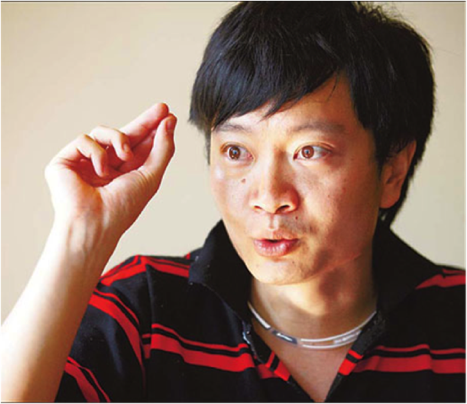 He’s a Japanese writer who has written for the Financial Times, Oriental Outlook and… and… The Global Times?!

You don’t know Yoshikazu? He’s the filthy Jap Devil who wants to steal/buy islands from the motherland. Maybe that’s why Global Times invited not one, not two, but three writers to hate on him in an editorial called “Japanese writer stirs up Nanjing storm.” What did he do to deserve this amount of loathing?

He spoke about China’s history.

The first and second rule of China is: YOU DO NOT TALK ABOUT CHINA’S HISTORY.

More specifically, he said that he was “unsure of the facts” surrounding the Nanjing massacre. Okay. So am I, insofar as I’m not an academic on the subject. Obviously, I think it happened, otherwise I would be a conspiracy theorist and a cretin. The Rape of Nanjing is quite possibly the only historical event in the history of China that has been recorded correctly in the Chinese press.

Thing is, that was all Kato said — unsure of facts. Later, he somewhat detracted that statement on his Weibo, but added that people should “look at various channels for historical truth.”

Ah, silly, stupid Kato. Apart from prostrating himself and begging to be raped, there was pretty much no way to successfully backtrack.

So, he almost said something that was kinda indicative of something that might be controversial if he said it in the way that people supposed he did despite detracting the point…

Yeah, that’s worth a three-editorial response.

However, I will give the Global Times kudos on this one. They acted like the free press around the world, albeit the worst part of the free press (i.e. droning on about something of no consequence because it might be a little controversial).

Now that you’ve had your kudos, GT, brace yourself. Things are going to get ugly.

Next: UK, Norway are paying price for arrogance

This comes in the shape of Hu Xijin, our favorite mad Chinese newspaperman — assuming that the Global Times is, in fact, a newspaper and not something created by a cruel and unkind god to persecute literate mammals.

The editorial is in response to the Dalai Lama in the UK and Liu Xiaobo’s Nobel Prize, which remains all Norway’s fault. It opens by saying that these two countries are going to be punished.

What did fearsome China do?

So… granted Kjell Magne Bondevik a pardon from sure suffering? That’s what China did?

I tried to imagine what it would be like to be in “ministerial-level talks” with China, but then I got all dizzy and woke up with a strong desire to cut myself.

And man oh man did Kjell dodge a bullet. He was going to come to China? Fuck that. I live here. It’s rubbish. And, what’s worse, you’re not even allowed to say that it’s rubbish. Because if you say it to an expat, they’ll tell you how lucky you are and how there are so many opportunities and how you really need to go and talk to the everyday Chinese pe— WHY DON’T YOU ALL JUST GO TO HELL! Then, after you hit them, they get mad and tell you to go back to your own country if you don’t like it, as if you like or are welcome in your home country. My ideal place is on a tropical island that looks and feels like a boob, with air conditioning and good wifi. It’s a human right to be a misanthrope, and China is the only place where it’s illegal to be one in print.

Let’s have a little taste of GT’s madness:

They must pay the due price for their arrogance. This is also how China can build its authority in the international arena. China doesn’t need to make a big fuss because of the Dalai or a dissident, but it has many options to make the UK and Norway regret their decision.

Despite the fact that this sounds like a declaration of trade war from the party mouthpiece, it’s childish. It amounts to, “We don’t like him, so you can’t play with him or we won’t be friends anymore.” Then there is the veiled threat. The Chinese propaganda rags AND the far more reactionary CCP are actually, in this modern day and age, threatening developed countries for private awards ceremonies and choice of visitors. Norway? Really?

Studying the West has to take place under the condition of resisting its pressure, otherwise, it is to accept being conquered by the West.

A sentence so rife with inanity that, in response, I will just hit my head on the keyboard, thus:  y6vhub.

The speculation is probably correct. In both cases China’s core interests have been offended. Proper countermeasures are necessary for a big country. If China takes no action, it would be tantamount to tolerating a vicious provocation. This indifference would be despised at home and in the world.

Incorrect. “Home and the world” would probably just think you were an adult with a sense of decency and a functioning sense of proportion.

China-UK cooperation will have to be slowed down. Free trade agreement talks between China and Norway have also been upset. The ensuing loss is a small one for China.

If that’s not bullying, I don’t know what is. Seeing as how China’s top exports are:

3. Dog food that kills them.

It’s not much of a threat. So, with due respect from forward-thinking people around the globe, you can stick all future free-trade agreements where the sun doesn’t shine (i.e. Beijing, Wukan, Datong, et al.).

It’s not easy to have Chinese society’s sympathy on China’s sovereignty issues. The West has presented various honors to Chinese dissidents, and Chinese people won’t be fooled into believing it is a simple coincidence.

Is that so? Because to be perfectly honest, to believe this shit every day for the past 60 years without beating the people responsible with sticks, my money is on the Chinese people being dumber than a peanut butter butt-plug. Then again, they obviously don’t have a choice. If the Global Times’s existence proves one thing, it’s, “You can fool some of the people all the time, all the people some of the time — and there’s not a goddamned thing they can do about it.”

Hope you enjoyed those kudos.

Basically, “China” informed China that they are absolutely and resolutely screwed for human rights for at least the next three years. The State Council of Irony issued a report stating that the Chinese government would do a grand total of fuck-all about human rights from 2012 to 2015. In this, they couldn’t help but take yet another passive-aggressive poke at countries with proper governments by patting themselves on the back that they are publishing the report at all, something other countries (“who point their finger at China”) don’t do. Just to make sure they got their point across, they published it in every newspaper and website that has a CPC phallus sticking out of it.

The major argument for not doing one of these reports is this report. It’s propaganda all the way through. It’s vague. And it’s insulting to anyone who has read a newspaper in the past 10 years.

1. Things China is already supposed to be doing but can’t enforce.

2. Things China has absolutely no intention of doing.

Of the things not or barely mentioned were press freedoms and Internet freedoms (though they insultingly included attempts to widen Internet access — access, mind you, to one of the most highly regulated and censored forms of Internet in the world).

Now, those rights are pretty much the only things I care about. You can slaughter Tibetans until you’re blue in the face, but as long as there is press freedom and Internet freedom, you won’t hear a word of complaint from me about China’s “human rights” situation.

The reason it wasn’t mentioned is because this is the one human right that China’s government will never allow. Ever. The reason for this is that the CPC won’t be able to slaughter Tibetans or burn union organizers at the stake if there is a free press.

The irony, of course, is that this is the easiest one to fix. Just fuck off. That’s all. Easy-peasy-lemon-squeezy. Stop scaring people. Stop imprisoning journalists. Stop firing editors. Stop date-raping private publishers. Stop censoring the Internet. And, if you have time, publicly execute Hu Xijin in Tiananmen Square by hatching spiders in his brain. There. Done. How hard was that?

The Chinese government thinks that human rights are a gift to be given to the Chinese people like a massage coupon. Out of that warped logic came excuses as to why China’s human rights situation sucks. Can you guess the main one? Yup, development. China doesn’t have human rights because of development. I can’t argue this point. It’s just that stupid. It’s like saying, “I don’t have any beans because of my sorcerer’s leg brace.”

All that said, this report is my favorite kind of propaganda. It’s the political equivalent of farting in an elevator right before it gets to your floor.

Other gems this week included: The Shenzhou-9 hype to the point where I hoped upon hope that it would crash and burn, Hu Jintao shaking hands with the hottest MILF to ever run a country, China brags about Rio despite pictures like this, the Guangming Daily actually published an article denying the China Containment Theory that Chinese propaganda rags are so fond of, Chinese “netizens” are worthless shite hawks, English.peopledaily.com.cn/opinion.html has not changed their homepage since July 2011 (now that’s some up-to-date-reporting), Syria is apparently evidence of the US’s need for a unipolar global order (like the US wants anything to do with you filthy gibberish-talking metric-lovers), calling the Australians cowards, a pathetic attempt from a conspiracy theorist to equate modern political drama with the Sykes-Picot, and what week in Chinese editorials would be complete without taking a long wet poop on the US?