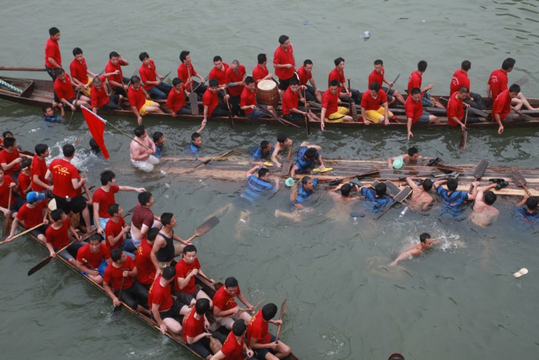 A joke about “China”: “The government reading is said to be both the most apt in terms of meaning and most accurate in terms of sound.  When foreign visitors come to China, everywhere they turn they see the character 拆 painted on buildings, including the homes of many people who are still living in them.  Puzzled, they ask their translator what this ubiquitous sign means.  Whereupon the translator replies, ‘That’s the name of our country.  From ancient times, the name of our country has been CHINA chāi[nǎ] 拆[哪] (“demolish; tear down”) — demolition is absolutely essential.’” [Language Log]

Your Dragon Boat Festival read: “Fang Gang (方刚), associate professor of gender studies at Beijing Forestry University, believes that Duanwu Festival is the first gay Valentine’s Day in the history of civilisation, and that the recognisation of it as such would be a big move in ‘rectifying the name’ (正名) of both Qu Yuan and the origins of the festival.” [Shanghaiist]

Bo Xilai, princelings and the Cultural Revolution. “The Cultural Revolution-era elite alumni of Number Four are part of a generation marked by chaos that has made them less conformist than their predecessors. While Bo’s brash ambition was rare among Chinese politicians, his sense of destiny and pragmatism are seen by some as shared princeling traits. // ‘Overall, I think, their experience has made them more independent-minded and less trusting of central authority,’ Yin Hongbiao, a student at Number Four at the start of the Cultural Revolution, said of politicians from Bo’s generation. // …After Bo’s dismissal, his wife’s sister told friends not to worry about him, said a retired academic who said she overheard their comments at a funeral in March of a fellow princeling. // ‘Don’t worry about Bo Xilai, he’s been through much worse than this,’ the academic said, citing the sister’s words. ‘He’s been through the Cultural Revolution. This is nothing.’” [Reuters]

Patrick Devillers isn’t coming to China after all. “Cambodia said Friday it will not extradite a Frenchman it detained for possible involvement in a murder linked to one of China’s biggest political scandals in years. // …Cambodian officials have said they detained Devillers at China’s request but needed more evidence of wrongdoing to hand him over to another nation.” [AP via Washington Post]

Chinese cities and their walkability. “Alfonzo says that there is increasing openness among officials to new ideas about what makes cities more livable and walkable. ‘There are a growing number of planners and urban designers who understand these issues,’ she says. ‘Officials are more and more open to hearing about other policies, even if they’re Western.’” [The Atlantic Cities]

I’d watch. “One of the first rock ‘n’ roll films ever authorized by the Chinese Film Bureau, the slight but charmingFollow Follow is not a docu about Beijing’s youthful music scene, glimpsed only in passing, but a wry, fetching tale about a lonely girl whose adoration of Kurt Cobain leads her to write a song and sing with a band.” [Hollywood Reporter]

Stan Abrams responds to Time’s recent cover story on Apple in China. “There are many iPhone competitors, for example, and there are many iPhone copycats. Why does the iPhone continue to sell so well in China? Several reasons no doubt, but a lot of the success relates to branding, marketing, image, and consumer trends amongst the upper and middle classes here. Are these things that the government could easily take away, substituting a domestic competitor in Apple’s place? I don’t think so. // …There is no Communist cabal in China waiting in the wings to sabotage every successful foreign invested enterprise. Even that suggestion smacks of ignorance and misguided ideology. Apple is not being ‘allowed’ to do well in China, it simply is doing well.” [China Hearsay]

Where in the world is FC Shenhua getting all its money? “Shanghai Shenhua have made yet another big splash in the transfer market, this time signing Columbian attacking midfielder Giovanni Moreno from Argentian side Racing Club for a fee believed to be $9 million. // The 25-year-old former Atlético Nacional player joins Shenhua hot on the heels of Didier Drogba, and whilst not quite on the same level as the world superstar striker, Moreno is a player approaching his prime and has been capped 15 times for his country.” [Wild East Football]

62-year-old buries himself up to head to protest deforestation of his land. [Caijing] 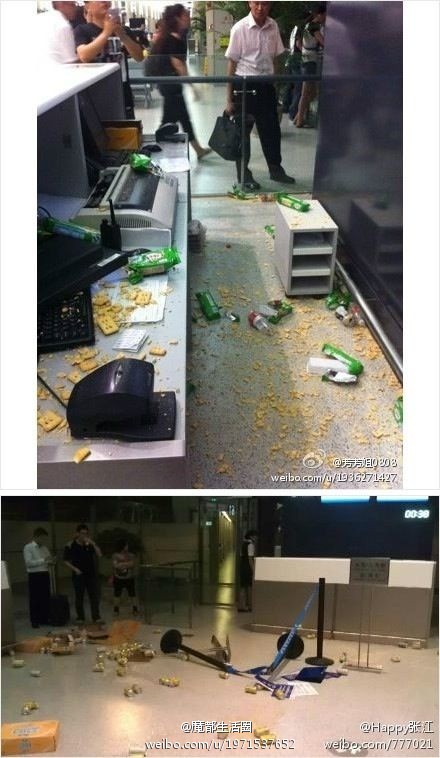 2 Responses to “Top-of-the-Week Links: Bo Xilai and the Cultural Revolution, FC Shenhua inks another import, and a reminder that Chai Happens”