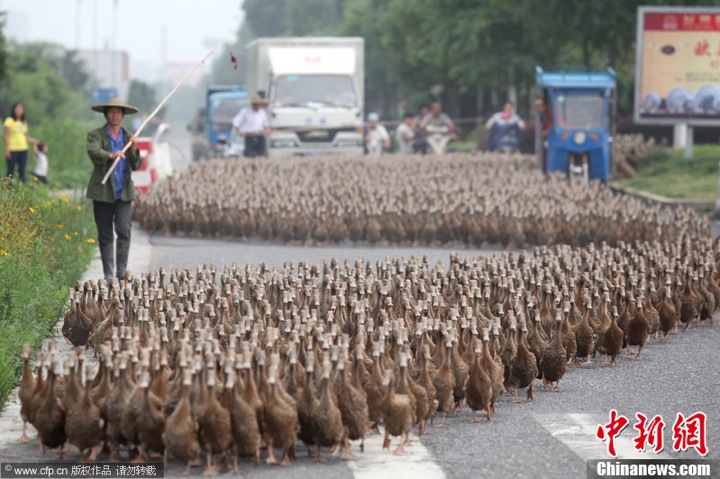 To prove they aren’t chickens!

On June 17 in Taizhou City of Zhejiang Province, Mr. Hong and his three aides were photographed walking their 5,000 ducks to a nearby pond, which is a kilometer from their house. As Mr. Hong told Beijing News, he’s been walking ducks for the past six months and has yet to lose one. Good thing he’s not taking them to the washroom – they might be accused of peepking. (Get it?!?!)

In the comments section, tell us your funniest duck jokes. Or lamest. More pictures after the jump via China Foto Press. UPDATE, 10:10 pm: More pictures! 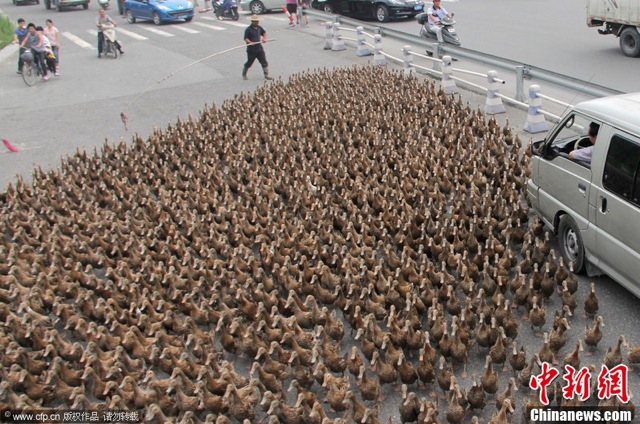 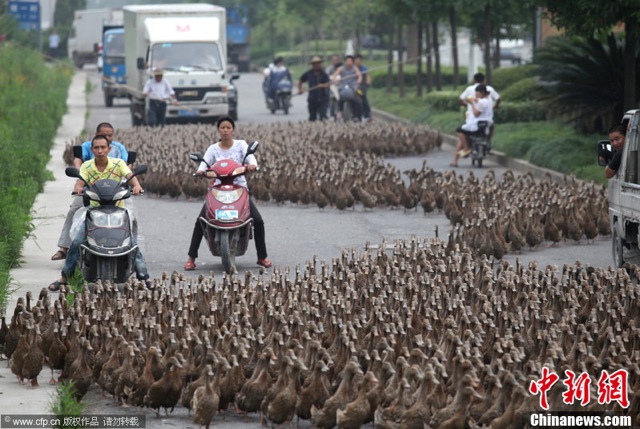 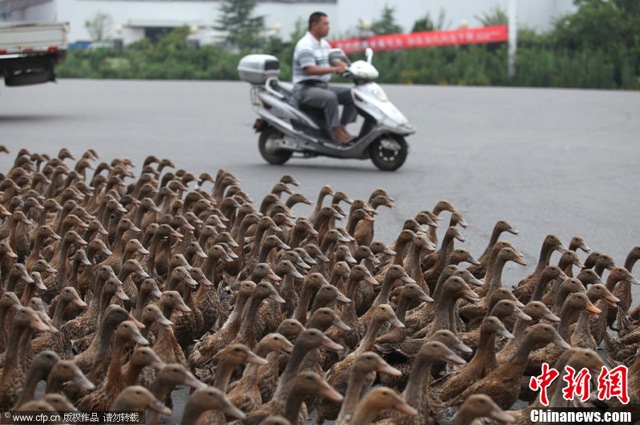 Ed’s note: the following were posted on Daily Mail’s website, which didn’t publish the sources for the images, for whatever reason. 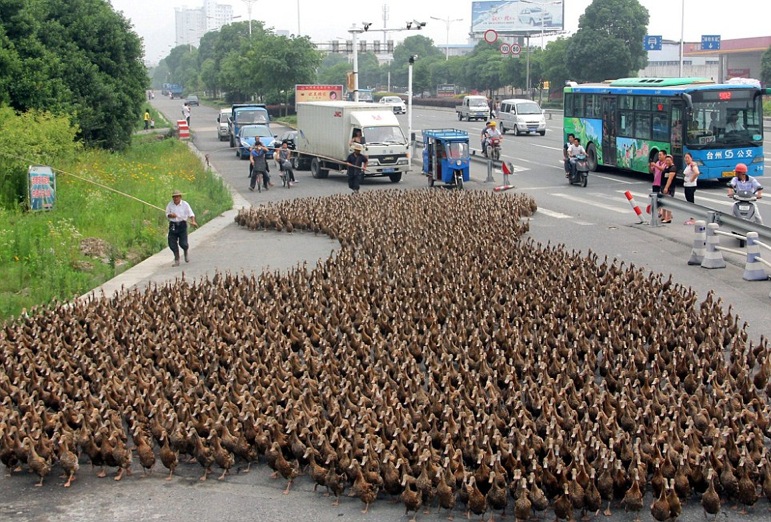 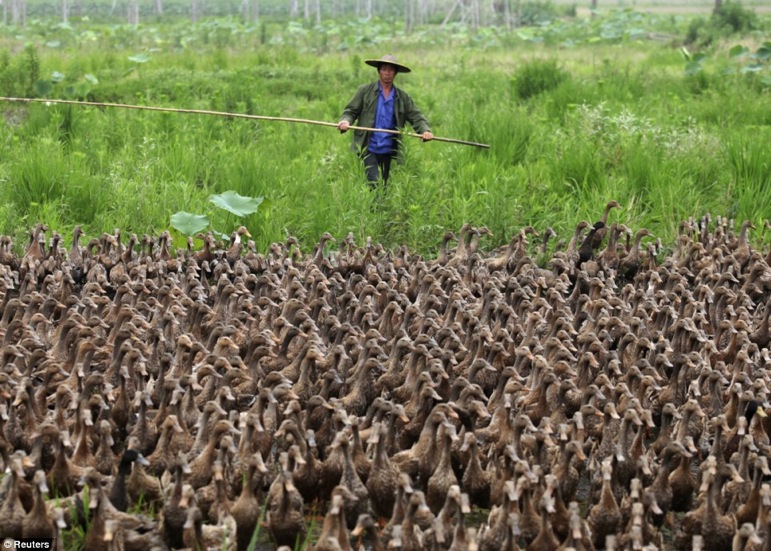 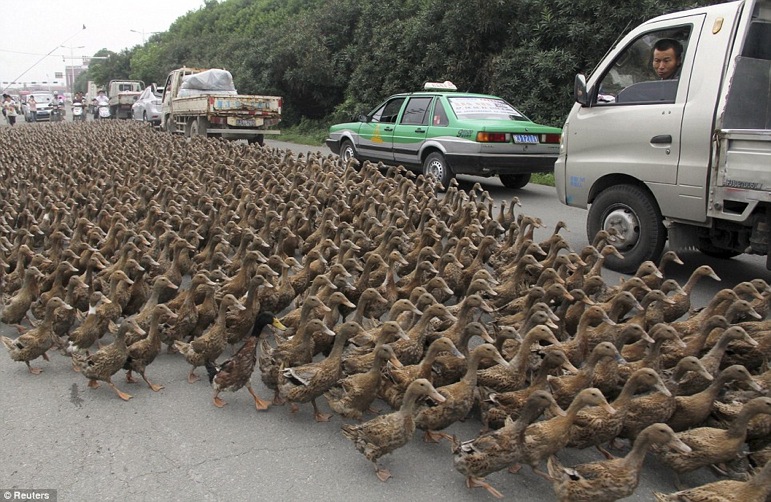 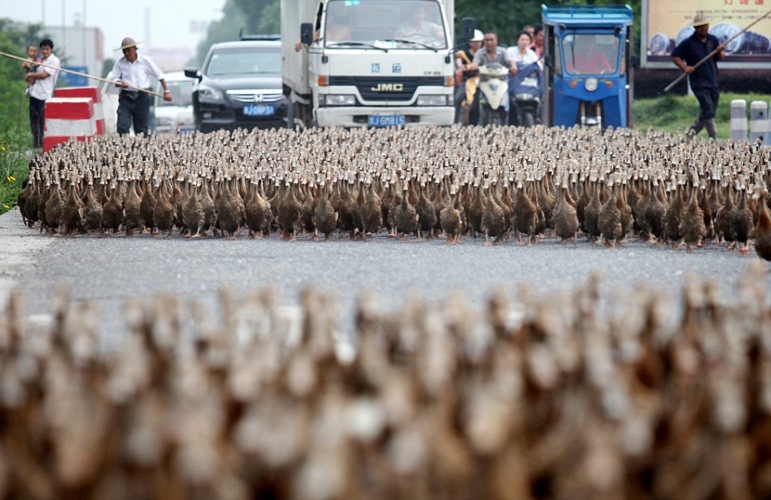