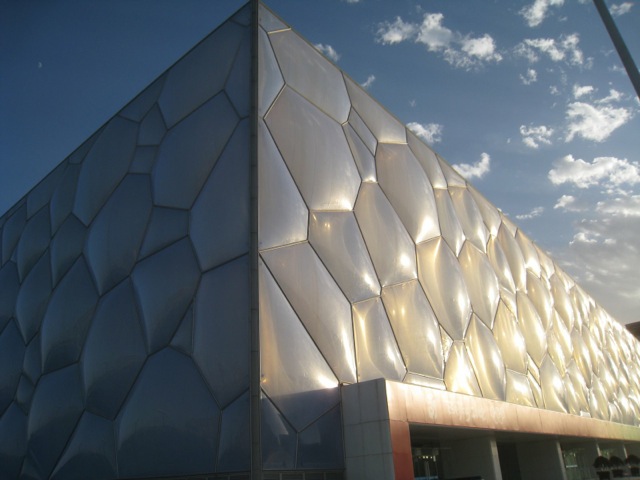 I remember, earlier this week, looking at Reuters’s David Gray’s photos of old Beijing Olympics venues and not thinking twice about them, because the headline on Atlantic Cities, where the pictures appeared, read “Beijing’s Olympic Ruins.” I could guess the nature of the misinformed captions that awaited, the smarmy condescension, the clueless-about-China editor at his desk selectively choosing the pictures that make Beijing look its worse, because that’s the stuff that draws page views…

…A lot of people are excited by this. But the pictures are dishonest crap…

A Reuters story this past May, accompanied by Gray’s grim photography, described the venues as “unloved, underused and draining public finances” — but then, describing the Bird’s Nest and the Water Cube swimming center, Reuters reported:

[B]oth places are better known for the steady stream of curious tourists they attract-some 4.61 million visitors in 2011-rather than as locations for major sporting events.

Who needs a major sporting event? That’s 2.2 million more people than Turner Field, né Centennial Olympic Stadium, drew last year. Even if you add in the Georgia World Congress Center, Beijing is a million visitors ahead of Atlanta.

People see what they want to see.

The whole thing is a masterful takedown by one of the best in the business at spotting, well, dishonest crap. Go have a read.

And here, let me reiterate that while yes, the 2008 Olympics were expensive, they were also the best ever. I’m not using some objective metric here, and I certainly don’t care what Jacques Rogges officially thinks, and I don’t mean to brush aside all the political issues surrounding the Games, and the relocations, etc., which is a conversation we can have at another time (a lot of these issues are part of bigger systemic problems that are wholly unrelated to the Games, and that’s something we can also talk about — that we do talk about on this site). Simply: I was in Beijing when the Olympics happened, and a lot of my friends were, and a lot of people from out-of-town in China and outside China, not to mention all those Beijingers, and it was the biggest damn party any of us had ever seen. Was it worth it? No one can know, because how do you measure in such a way that encompasses everything? If you’re measuring purely by money gained/lost, I suppose the Olympics lost money, as it usually does, but why would you measure it that way? Are you really that materialistic?

You can look through some of my Olympics posts here. You may be interested to note there are pictures of Olympic venues a year on, such as the above picture of the Water Cube. Check out the Laoshan Velodrome, glimmering underneath the clouds. Does that look like “ruins” to anyone?

4 Responses to “About Those Beijing Olympics “Ruins”: “People See What They Want To See””