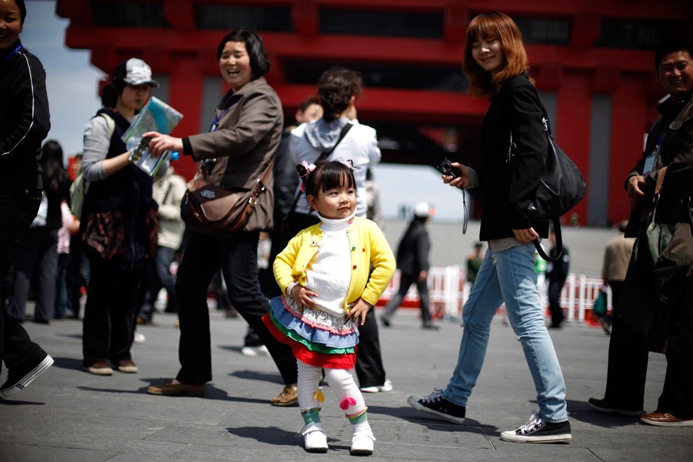 Via Buzzfeed‘s “The 50 Cutest Things That Ever Happened”

Hanggai is playing at 2 Kolegas tonight, and you should go. Links will always be here.

China’s Steve Jobs? (He’s reportedly now a billionaire.) “Ladies and gentlemen, meet Lei Jun, the jeans-and-black-shirt-wearing billionaire founder of Xiaomi, China’s hottest smartphone company. And, if you believe Lei, the next Steve Jobs. // Beijing-based Xiaomi sells an Android smartphone called the MI-One. It’s a high-powered phone based on a dual-core processor from Qualcomm but with a price far lower than many comparably equipped phones sold in China. That combination of raw power and a reasonable price tag has attracted huge attention from Chinese consumers: When the phone went on sale last fall, Xiaomi received 300,000 preorders in the first 34 hours. Less than a year after launch the company has sold more than 3 million MI-Ones and counting. The phone is hot. Red-hot. Apple hot.” [Forbes]

Chinese fans mostly unhappy that Jeremy Lin’s leaving the spotlight of the Big Apple, despite: “Analysts have argued that Houston, thanks to its experience with Yao, likely has a better understanding than New York of Lin’s off-court value, especially in Asia. That’s a notion not lost on users of Sina Weibo, where Lin boasts more than 2.8 million followers. ‘The Rockets have tasted the sweetness of having a Chinese element and known the bitterness of losing it,’ wrote a Weibo user posting under the name Canglan2010. ‘This is a business transaction.’” [WSJ]

Corollary: About the Knicks and James Dolan screwing up – read this. [Jay Caspian Kang, Grantland]

Corollary: “‘I love the New York fans to death,’ Lin said. ‘That’s the biggest reason why I wanted to return to New York. The way they embraced me, the way they supported us this past season, was better than anything I’ve ever seen or experienced. I’ll go to my grave saying that. What New York did for me was unbelievable. I wanted to play in front of those fans for the rest of my career.’” [Sports Illustrated]

Corollary: “Jeremy Lin That I Used To Know.” [YouTube]

Just because you can prosecute doesn’t mean you have to. “A 16-year-old boy (at the time of the crime) was in love with a 13-year-old girl and had lived together. Although both parents did not take further legal action, the boy was prosecuted by the authorities. First instance trail convicted him of rape, the court sentenced him 1 year and 3 months imprisonment.” [China Hush]

I hate mosquitos probably more than anything in the world. “According to a statement from Beijing Centers for Diseases Control and Prevention (CDC) Wednesday, the density of mosquitoes in Beijing has increased by 16 percent compared to last summer. According to monitoring results, more mosquitoes congregate in local residential communities, rather than other environments such as tourist sites or parks.” [Global Times]

The public official who pissed off a lot of tourists (we linked to this story on Wednesday), has been identified. “On Sunday morning, a jeep carrying Liu Qi, the former mayor of Beijing and the architect of the 2008 Olympic Games, arrived at Mount Changbai accompanied by a single police car. Accordingly, park wardens suspended a shuttle bus to Heaven’s Lake, which sits spectacularly in a volcanic crater at the top of the 9,000ft-tall mountain. // Tourists were left waiting in the parking lot, and a crowd of several thousand soon built up. // ‘Thousands of people chanted “Refund! Refund!”,’ according to one witness, who posted several photographs of the scene onto Sina Weibo, China’s version of Twitter, and gave her name as Ms Huang.” [The Telegraph]

Review of Mao’s Invisible Hand. “Their answer is something of a shocker, to experts and non-experts alike: The key to the survival and thriving of the Chinese Communist Party lies in its inheritance and continuing practice of Maoist ‘guerrilla-style policy making.’ That is, Beijing’s ability to avoid collapse is not because of the abandonment of the core elements of Maoism but rather due to the continuing practice of it. // This is a rather bold argument. And it needs to overcome a few empirical and theoretical hurdles to be convincing.” [Maochun Yu, WSJ] 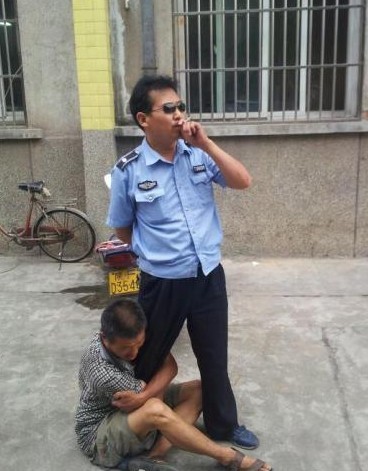 Via QQ: Street peddler unable to get chengguan’s attention.