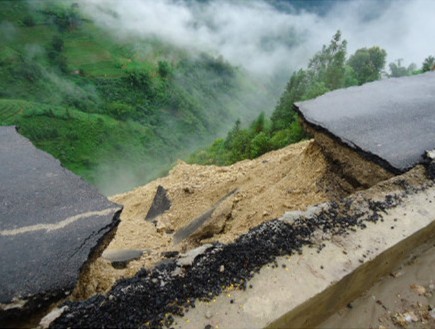 See first link for information about this Yunnan road collapse

Holy Higgs boson, everyone, what a week. We’ll outro into the weekend in a bit, but for now, links.

The roads are not safe, no they are not. “Two people died when a highway in southwest China’s Yunnan Province collapsed just two months after it opened, local government said yesterday. // A mountainous section on the 132.6-kilometer highway linking Yuanyang and Luchun counties collapsed during rains on Monday morning, the Luchun government said. // The highway was opened on April 27 and is still in trial operation, an official with the Luchun road construction and management authority told Shanghai Daily yesterday.” [Shanghai Daily]

Did this Tianjin mall fire kill 10 or 378? People seem unsure. “According to someone who was at the scene, that general manager did order a team to put off the fire, but the harder they tried, the bigger the fire grew. When the manager finally asked security guards to evacuate customers, they can no longer unlock the two entrances. It was the owner of a nearby fruit store who helped them break the entrances from the outside. While most people on the first and second floor managed to escape, others were not so lucky.” [Offbeat China]

Why am I not surprised? “According to a search of the WiseNews database of Chinese-language newspapers and magazines, 14 reports today deal directly or indirectly with recent unrest in Shifang and its consequences. Of these, 11 concern the fallout for Sichuan Hongda and its share price, mentioning the suspension of the molybdenum-copper project but tiptoeing around reporting on the public demonstrations and violent crackdown.” [China Media Project]

The importance of Weibo. “If there had been no Weibo, what would have happened in the alternative? In particular, is Weibo acting as a steam valve–that is, siphoning off the energies of those who would take ‘real action’ but are now content to complain online? Or, has Weibo drawn in Chinese who would otherwise never have become involved with political discussion at all? Or both?” [David Wertime, Tea Leaf Nation]

Won’t someone think of the children?! Headline: “Do not foment youngsters to protest.” [Global Times]

Interview with Peter Hessler. “The scene on the train was really crazy; we saw one guy give a few hundred dollars to the attendant, and then they took out a hacksaw and sawed a hole in the ceiling panel, so the passenger could hide his bags inside. There was a lot of maneuvering of goods as we approached the customs station at the Mongolian border. In the end, the only guy who got fined was the one with the speedometers. I had no idea why this happened; none of these traders had much English. Apart from a few backpackers, the only passengers who spoke the language well were a pair of North Korean diplomats heading back to Pyongyang. But it was impossible to have a conversation with those guys. They talked constantly about politics and how great North Korea was, and then one of them groped a couple of female travelers, so we all steered clear. It took five days to reach the Russian border, where they still used the CCCP stamp on our passports, as if the news of the regime’s collapse hadn’t made it out to the hinterlands.” [The Atlantic]

A different take on the Olympics. “I mean, if you were going to write that trite leftie dystopia novel, the one in which the army man checkpoints in central London and crowds of children are taught to be publicly grateful to the corporate sponsors, and there are missiles on the roofs, but you hadn’t because you were aware on some level that it was a bit shopworn and cliched and besides you’re not so sure about Chomsky as you used to be, well, then it’s too late, because reality has just beat you to it.” [Blood and Treasure] 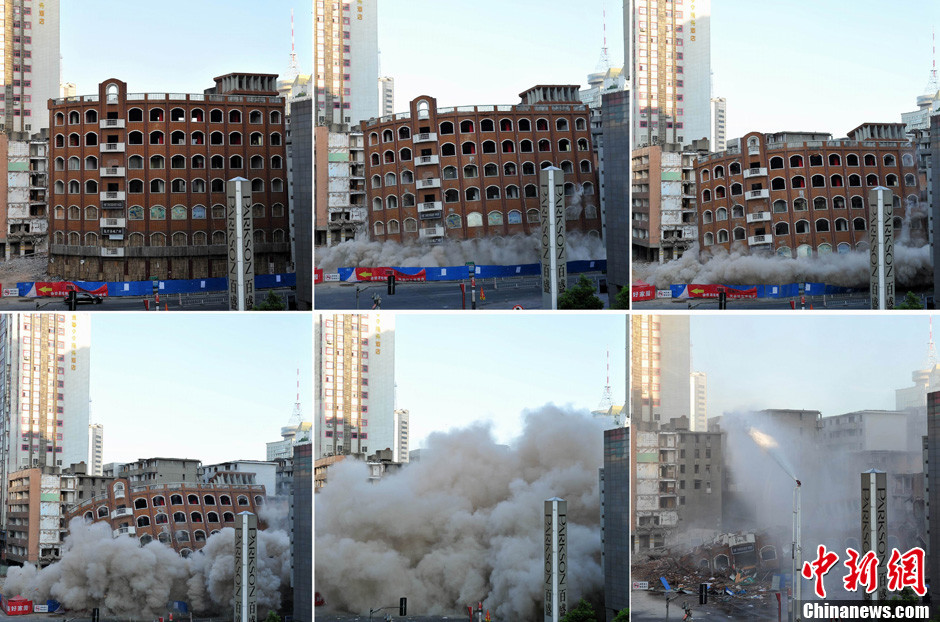 They demolished a building just to build a subway station in Nanchang, Jiangxi province. [China News]