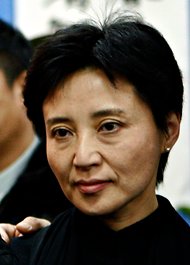 Just look at her. That face. In a snap it could transform into a teeth-baring devil or a demurring tigress. Few people in the world could command attention like so — indeed, demand it by simply biting down so that her cheeks — much like her glare — lock into place. She is the type who would whisper into the ear of a gentleman 20 years her junior, through flashing teeth, I would tear you apart. And don’t think she’d blink when inserting a poison-tipped needle into your kidney before disappearing into a crowd before you’ve realized you were dying in your own bile.

Do I think she killed Neil Heywood? I don’t know, but she sure looks like she could have. Xinhua:

Bogu Kailai and Zhang Xiaojun were recently prosecuted by the Hefei Municipal Procuratorate in Anhui province on charges of intentional homicide, Xinhua learned from Authorities Thursday.

Resisting the urge to parse that phrase, which makes it sound like Xinhua employs a team of investigative journalists who need to do more than dial their friends in the Party for the latest scoop, let’s just be glad that we now know for sure. It always seemed inevitable that she would be charged of murder, but then she (and Bo Xilai) fell out of the news for a few months. As NY Times points out:

The brief report is the first official news that the case against Gu is proceeding since the announcement three months ago that she and Zhang were being investigated and that Bo was being suspended from the powerful Politburo for unspecified discipline violations. Unmentioned in the Xinhua report was any reference to Bo or a separate party investigation into him.

But back to the more pressing issue at hand. What should we call this thewy lady? This sly vamp? This perspicacious shrew? The Iron Lady has already been taken, by Margaret Thatcher. Black Widow is taken too, by some Asian American pool player. I shy away from anything involving tigers because Amy Chua has forever ruined that image for me. Maybe Yellow Golem? But people will inevitably take offense. Duchess of Chongqing? GK-47? The Empress? 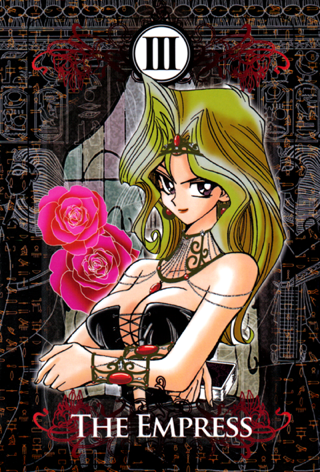 Your best effort is as good as mine. Leave it in the comments section. The best answer will get a prize.

UPDATE, 7:33 pm: As Brendan O’Kane points out, Gu’s chosen English name is Horus. Wikipedia defines Horus as “one of the oldest and most significant deities in ancient Egyptian religion, who was worshipped from at least the late Predynastic period through to Greco-Roman times.”