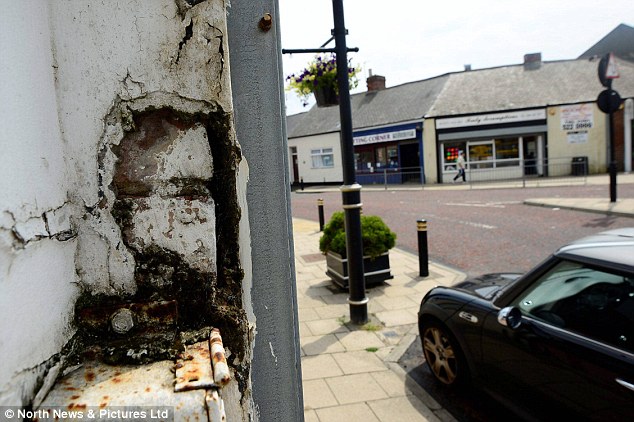 Daily Mail caption: Bizarre: As two boozed-up men were waiting outside the Mayho Chinese Takeaway in Sunderland they noticed that peeling paint and dirt on the door appeared to form the face of Jesus.

Try not to be too stereotypically American tonight, you Americans in China, okay? Ah who am I kidding, go booze your face off, kids. Pre-party with links.

Gaokao’s highest scorers hounded by journalists who have never accomplished a thing in their lives, apparently. “Li said she was happy to share her experiences, but felt annoyed by media misquoting her. ‘When I said I didn’t have a clear goal or dream, the reporters pushed me to think of one, so I made up one about winning the Nobel Prize someday. I was just kidding.’ // The next day however, Li read about her so-called dream on microblogs. Many Web users commented on how a girl who only scored high marks on one exam could be so ambitious. ‘I was very sad,’ she said.” [Global Times]

A victory for sharks. “Shark’s fin soup, a traditional Chinese delicacy—but one reviled in much of the West—won’t be on the menu at official Chinese banquets in the coming years, according to state media.” [Wall Street Journal]

World’s saddest terrorists, part two. “Two men who allegedly tried to hijack a plane in China were beaten to death by passengers and crew, state media said today. // The men were part of a six-strong gang, aged 20 to 36, who attempted to hijack a Tianjin Airlines flight bound for Urumqi last Friday.” [Daily Mail]

We can only hope Jonny White will make a good Simon Cowell. “The Beijinger‘s inaugural New Music Showcase is all set to go ahead next month… August 18th at 2 Kolegas. // …If you’re a new, unsigned Beijing band, then all you need to do now is send a sample of your sound to our talent scout at victoriayang@truerun.com before July 27 so that she can give you a Simon Cowell-style going over.” [the Beijinger]

That initial anti-four-pests campaign went so well that we’re not embarrassed to reference it again, in the 21st century? “Ants have become Beijing’s fifth pest after a citywide anti-ant campaign swung into action Sunday. // Joining the annual anti-four pests campaign against the capital’s rats, bedbugs, flies and mosquitoes, families who registered for help in cleaning up household ant infestations from May 15 to June 15 have already started receiving pest control help.” [Global Times]

End of a blog run by Maura Cunningham, Kate Merkel-Hess, Ken Pomeranz and Jeff Wasserstrom. “What a difference four years can make—for a blog, a country, and a planet. (‘Blog, country, planet’ might have made a nice coat of arms if we’d thought of it…) When China Beat launched early in 2008, blogs seemed like relatively new kids on the block, at least to academics. Four years later, the genre is old hat, sharing a landscape with newcomers like Tumblr, Twitter, and other microblogging platforms, and we’re increasingly catching up on China news not on computers but on devices that fit in our palms.” [The China Beat]

I see. “Lesbians, banned from giving blood since 1998, are now legally allowed to donate, according to a new national policy which took effect Sunday.” [Global Times]

Power rests with those who have power. “A reporter at Xi’an Evening News in Northwest China’s Shaanxi province was suspended from his job due to a story he published on June 20. In the story, Shi Junrong, the reporter, criticized Sun Yunfeng, a top official of Dali county for having a pack of luxury cigarettes while visiting impoverished party members.” [Free More News]

Where to celebrate (get drunk) the Fourth of July in Beijing: [the Beijinger]

Guangzhou sets up concrete spikes to keep homeless people from sleeping under bridges. [Ministry of Tofu]

Hong Kong is “best city” in the world, according to Economist Intelligence Unit. [The Economist] 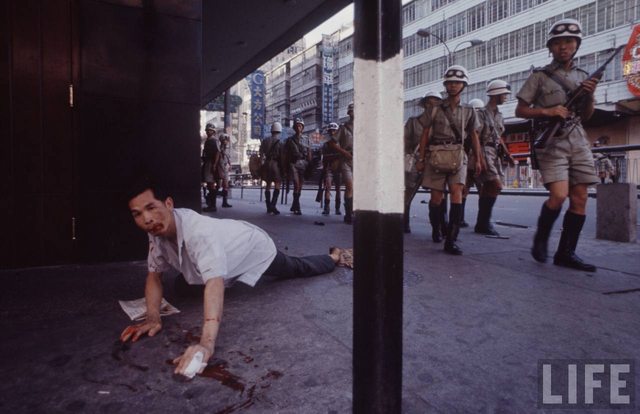 From the archives of LIFE, leftist riots of 1967 in Hong Kong. [Hong Wrong]