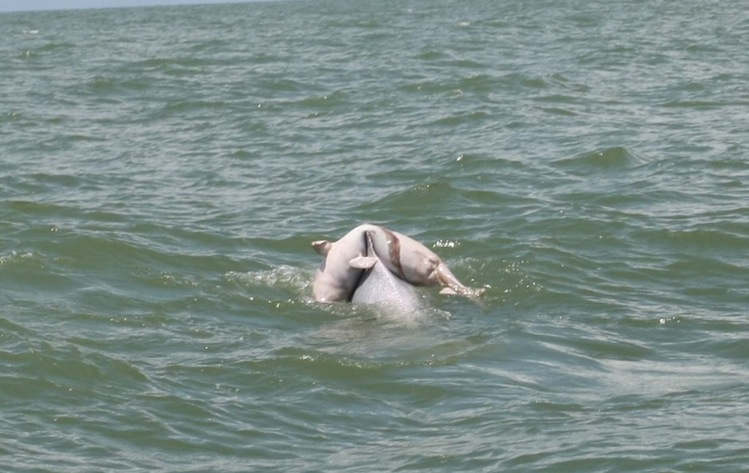 We’re not sure where it is dolphins go to send off their dead, but this dolphin in Sanniang Bay, Guangxi province is determined to get there. Photographed last week, this picture is beginning to make the rounds in China, as it was published on Yahoo and other places today. Apparently the baby dolphin slipped off the adult’s back several times during transit, but the adult always scooped it right back up. The newscaster in the video after the jump speculates how the baby died: could this have been the work of humans?

Now is that speculation really necessary? As if we don’t already know our species is rotten. (H/T Alicia)

UPDATE, 7/18, 11:41 am: Huffington Post: “According to the Daily Mail, it appears the dolphin might have been hit by one of the tour boats that ferry around the well-known dolphin-watching area in China’s Guangxi Zhuang region… // Researchers have observed, however, that dolphins do mourn and grieve for their dead. // …Unfortunately, this incident is not isolated. A study conducted by WWF in 2010 found that rare dolphins were being injured by boat strikes. Many dolphin species are threatened by fishing gear, pollution, and habitat loss.” 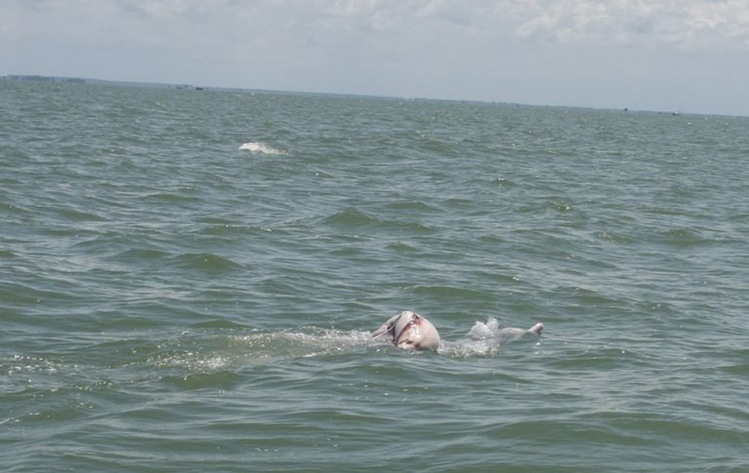 One Response to “Sad: Adult Dolphin Carries Dead Baby Dolphin On Its Back As It Swims Home [UPDATE]”