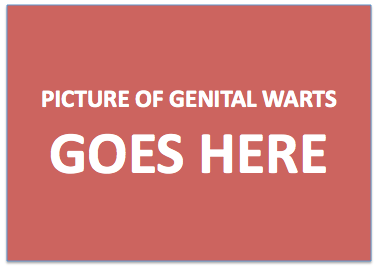 Want China Times is not what we’d call a reliable news sources, and I haven’t found this story yet on Chinese Internet (UPDATE, 4:20 pm: commenter Joel Martinsen points us to an article by Strait Herald reporter Hu Qian with intern Chen Qiuji; Xinhua’s on the story too, with a slightly different take [see bottom]), but even if it is fake, consider it an amazing bit of creative satire from the editors of WCT. The lede:

A Chinese family’s trip to Shanghai turned sour after they discovered they had all been infected with a sexually transmitted disease at a high-end hotel.

Perfect. Do go on.

Three weeks passed by when Li’s son starting to complain about pain in his penis and his father found it covered in small warts. Li and the rest of the family members later also developed similar symptoms and went to hospital for treatment, Fjsen’s report continued.

Again, highly apocryphal, but not out of the realm of possibility, I guess. Let’s ask an expert.

Their doctor said they had contracted HPV or genital warts, a sexually transmitted infection that spreads by skin contact with an infected person. The virus can take three weeks to eight months to develop. The family very likely contracted the disease during their stay at the Shanghai hotel, said a director of the dermatologist unit in Zhangzhou, Fujian province.

By the way, I highly recommend you not do a Google image search for “genital warts.” You can’t look away, and then you scroll down, and it just gets worse and WORSE and WORSE, like falling down a bottomless drain through branches and then needles and then fire and then the voice of Fred Phelps lecturing you on sin. NIGHTMARE.

UPDATE: Xinhua picked up the story, interviewing an expert who notes:

Lu, MD, said, “There’s one point on the Weibo post that’s definitely wrong. The Weibo post says the family of six noticed they had acute genital warts three weeks after staying at the hotel, but from a pathology standpoint, the incubation period of genital warts is two to three months, which is to say, it takes two to three months for symptoms to show, so at the very least there’s discrepancy in this news.”

In fact, for new guests, the bedsheets, towels, etc. are all new. Even if the previous guest dirtied the bedsheets, etc., through the washing process, these viruses or bacteria will pretty much have been all killed.

Xinhua then calls upon a cleaning company to list, in eight steps, how the cleaning process works. I’m not going to quote any of it here.

“Let’s put it this way: the chances of catching an infection from staying at a hotel are less than one in five million.”

So… maybe this family of six is China’s first real-life Aristocrats?