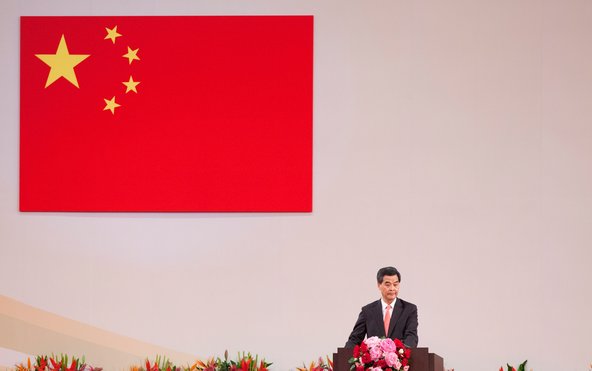 Congratulations to Spain, the best soccer team we’ve seen in our lifetimes. Unless you’re old. In which case, debate away… over links.

Thank goodness. Have you ever heard Cantonese? “Leung Chun-ying did not speak a single syllable of Cantonese, which the government says is spoken by 89 percent of the people here.” [Rendezvous, NYT]

China knows all about diversity. Did you know it has 56 ethnic groups? “One of the principal lessons we should impart on this Establishment Day is the value of Hong Kong’s diversity. Thus, it is of great concern to me when I hear our president, Mr Hu Jintao, say that Hong Kong’s political leaders should oppose foreign forces interfering in Hong Kong’s affairs. The colonialists packed up and left fifteen years ago. The “foreign forces” in Hong Kong today are entrepreneurs, teachers, students, business leaders, writers, and employees that want to make Hong Kong a better place for everybody.” [The Comparativist]

Not really sure what servers based in the US matters, since they can still be blocked, effectively reducing its usefulness. “The Times Weibo account may have been shuttered not for anything it said, but for its mere presence. Times Foreign Editor Joseph Kahn says ‘We’re not tailoring it to the demands of the Chinese government.’ The cn.nytimes.com server is based outside of China. In a blog post announcing the launch, staff writer Christine Haughney notes the Chinese site will adhere to the same standards as the English-language edition. // The Times gained 25,195 followers before the second shut-down. Its Tencent Weibo account is still up, with nearly 7900 followers, but its Sohu and NetEase Weibos are both down.” [China Digital Times]

China and Copenhagen to make bikes cool again. “To drive a car, to live in a city, ‘to get rich is glorious.’ But these things come with social and environmental costs. Bearing in mind that the bicycle is a Western invention, and that the recent resurgence of cycling came from beyond China’s borders, a culture of cycling would give China a chance to hold its own as a socially and environmentally responsible superpower.” [The Atlantic]

Timely story because results for gaokao were recently announced. “In a country where education is so highly prized, the score that a student earns after the days of testing at the end of high school is believed to set the course of one’s life. The score determines not just whether a young person will attend a Chinese university, but also which one — a selection, many Chinese say, that has a crucial bearing on career prospects. // But debate appears to have grown more heated lately over the value of the gaokao (pronounced gow-kow). Critics say the exam promotes the kind of rote learning that is endemic to education in China and that hobbles creativity. It leads to enormous psychological strain on students, especially in their final year of high school. In various ways, the system favors students from large cities and well-off families, even though it was designed to create a level playing field among all Chinese youth.” [NY Times]

“The year’s saddest terrorists.” “Bloomberg and other mainstream Western outlets have already reported that, according to Chinese news sources, six would-be hijackers from Xinjiang province were restrained by passengers ten minutes after take-off in Hotang, a remote city in western Xinjiang Uigur Autonomous Region…. Caixin Magazine has written (in Chinese) that the would-be hijackers had the misfortune of being on the same flight as approximately 20 local police officers who were travelling for a training.” [Tea Leaf Nation]

Apple settles with Proview for $60 million; fear: every Chinese company will try to register at least one thing as i-something. “The announcement also spurred several debates among Chinese social media users, the most heated of which centered on whether the settlement represented a victory for ‘thuggish’ business tactics.” [WSJ]

Pink portraits of Chinese corruption. “At an artist’s studio in Beijing, dozens of pink-tinted portraits hang in neat lines: beaming men in ties and glasses, the very picture of the archetypal Communist apparatchik. Their portraits are painted rosy pink — the color of money, or at least China’s 100-yuan bill.” [NPR]

Music festival in Chengdu, with pictures and videos. “The Big Love Music Festival (成都大爱音乐节)was held from June 21 to 24 in Chengdu, capital of southwest China’s Sichuan province. The festival lost a reported RMB50 million, but at least it went down pretty spectacularly.” [Go Chengdoo]

China has a new exit-entry law that’ll come into effect next year. If you’re interested, this is your read: [Law and Border]

Winston Lord, Orville Schelle and Jeffrey Wasserstrom write about Hong Kong on the 15th anniversary of its handover. [Asia Society] 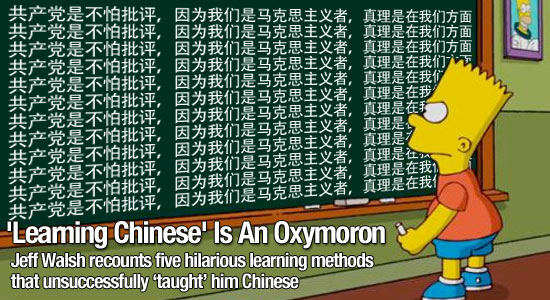 8 Responses to “Top-of-the-Week Links: CY Leung spares us from Cantonese, Chinese NY Times up against censors, and “the year’s saddest terrorists””