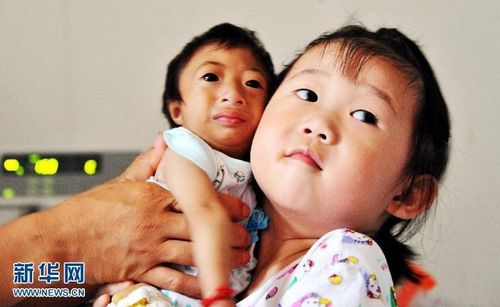 Global Times caption: A 3-year-old girl (R) holds Xiaoxiao, the same age as her, in her arms in Changsha, Central China's Hunan Province on July 13. Xiaoxiao is 54 centimeters tall and weighs only 2.6 kilograms. Photo: Xinhua

It’s been a slow day and a slow weekend, which just means we’re going to be hit with a huge news wave this week. Brace yourselves over links.

Ya don’t say… monetizing a piranha hunt turned out to be a terrible idea, huh? “A mass search for piranha fish in the Liujiang River has been called off, and the offer of a reward for catching one withdrawn by the local government. // … Professional fishermen and residents took part in the search but no piranhas were caught in four days and now officials have cancelled the rewards, and asked for nets not to be used because they say too many fish were being killed in the frenzy.” [China Daily]

Liu Xiang: injured again? “Will China’s Flying Man fail to achieve lift-off for the second Olympics in a row? // Or is he just trying to mess with his competitor’s expectations? // Those are the questions bouncing around among Chinese sports fans after record-setting hurdler and national hero Liu Xiang, dubbed the ‘Flying Man’ in China after a stunning gold-medal performance at the 2004 Athens Olympics, marked his 29th birthday by pulling out of a race with an injury just two weeks before the start of the London Games.” [Wall Street Journal]

Emphasis no longer on winning gold. “Considering how much Olympian gold medals meant to Chinese people in the past thirty years, this new viewpoint is noteworthy. Winning gold medals in the Olympics was once regarded by both the government and the citizens as the most straightforward way to exemplify the growing power of the Chinese nation. The athletes were told that their goal was to fight for national glory (为国争光), rather than any personal ambition. It would be no exaggeration to say that watching Chinese athletes winning gold medals has inspired a generation.” [Tea Leaf Nation]

Du Chuanwang update: “‘The ward is equipped with a monitor, an infusion pump and equipment to sterilize the air,’ Shen Li, co-founder of the Angel Mom foundation said at a news conference on Saturday. // The foundation is helping the boy and organized his transfer to a Beijing hospital. // But Du is still battling horrific injuries, with infections caused by dying tissue still developing on his face and nose. // ‘The infections are on the patient’s face, mouth and alimentary tract. His heart, lungs, liver and kidneys all have problems at different levels,’ Shen said. // Du Shehou, the boy’s father, told China Daily on Sunday that the infections were continuing to develop.” [China Daily]

NBA announces games in China this fall. “NBA China Games 2012 will feature two games between the reigning NBA champion Miami Heat and the Los Angeles Clippers on Oct. 11 at the MasterCard Center in Beijing and Oct. 14 at the Mercedes-Benz Arena in Shanghai, the National Basketball Association (NBA) announced on Sunday.” [Xinhua] 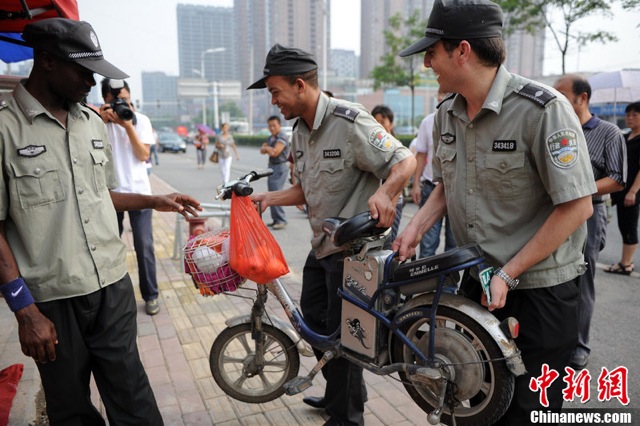 “Foreign chengguan” from Afghanistan and Africa in Hefei, Anhui province, via China News.