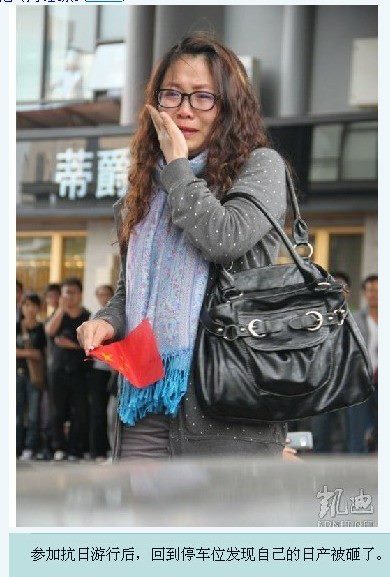 Via Reddit, the caption reads: “Coming back from anti-Japan protest, she found out her Nissan was violated.”

UCLA men’s basketball will be in China next week, and players promise to be on their best behavior. In unrelated matters, links.

What’s up, Canada? “A mother of three, Guang Hua Liu lived in a middle-class neighbourhood in Scarborough. A licensed holistic practitioner,  she became the owner of a spa in May. // A friend dropped off the 41-year-old businesswoman at the Forget-Me-Not Health Care spa on Friday, Aug. 10 around 6:30 p.m. // Ms. Liu never came home. // …Peel police said Tuesday that Ms. Liu was the victim of a gruesome killing and dismemberment.” [The Globe and Mail]

So they’re calling it “face-kini,” eh? “In China, it’s the height of the tourist season for Qingdao’s famed beaches. But while many of the town’s visitors want to enjoy the sand and water, they’re not so wild about sunbathing. So they often resort to a local tradition: the face-kini, a sort of light cloth version of a ski mask.” [NPR]

This just gives this conspiracy theory legs. “Sina Weibo, China’s most active microblogging service, and Baidu, its largest Internet search engine, have both blocked the term tishen (替身, literally ‘body replacement’) after a barrage of citizens began questioning whether the woman shown standing in the courtroom during one of the most sensational trials in recent Chinese history was really Ms. Gu.” [WSJ]

Sinkholes again. “According to local media in Heilongjiang Province, there were 7 cases of  road collapsing occurred in 8 days in the city of Harbin, which located in northeast China. 2 people were killed, 2 injured and 2 vehicles fell into the pit. The incidents triggered a public outrage and criticism towards municipal government.” [Free More News]

Seems reasonable. “Sina Weibo has lit up today over the case of a man in Guangzhou who called the police because he felt his Spicy McChicken was too spicy.” [The Nanfang]

Chinese manufacturing. “Far from death by a thousand Chinese widgets, it turns out the London Olympiad would’ve barely survived without them — it wouldn’t have had fireworks, the soccer field would’ve been incomplete, and referees would’ve had to officiate in their underwear. Courtesy of the fantastic Ministry of Tofu, via Sina, here’s an infographic compilation of what Chinese products made their way to London…” [The Atlantic]

So all the money the Foreign Correspondents’ Clubs in China get goes toward sending emails, I see. [AFP, China Digital Times]

Dan Rather on China’s “power of the people.” [Asia Society interview by Dan Washburn]

Comedian Joe Wong to perform in Mandarin in Boston. [8Asians] 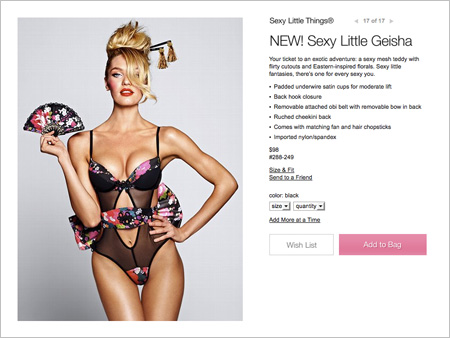 One Response to “Mid-Week Links: Another Chinese person dismembered in Canada, “body double” blocked on Sina Weibo, and “face-kinis””