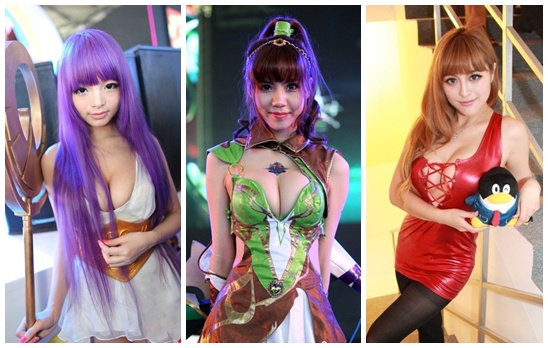 We haven’t done gratuitous boobs in a while, so here’re some from ChinaJoy, via MIC Gadget

Olympics continue, but so do other stuff. Proof in the links.

This is indeed an inspiring story. “Lou Xiaoying, now 88 and suffering from kidney failure, found and raised more than 30 abandoned Chinese babies from the streets of Jinhua, in the eastern Zhejiang province where she managed to make a living by recycling rubbish. // She and her late husband Li Zin, who died 17 years ago, kept four of the children and passed the others onto friends and family to start new lives. // Her youngest son Zhang Qilin – now aged just seven – was found in a dustbin by Lou when she was 82.” [Daily Mail]

Beijing’s new homeless. “The recent devastating floodwaters that hit China’s capital ten days ago may have receded, but thousands of residents who dwell in Beijing’s basement tenements–many migrant workers with few other options in the expensive capital–have been left homeless, their subterranean flats flooded. And it appears that authorities, as well as many netizens, couldn’t seem to care less.” [Tea Leaf Nation]

A sensitive subject that we may explore again at a future time. “Whether it’s a shakedown over a nightclub dispute or a business deal that suddenly leaves the foreign partner high and dry (or worse, facing corruption charges), stories like these show a legal framework in which being non-Chinese is a distinct disadvantage. You can usually chalk this up to the typical tensions that expats might face in any foreign culture ‑ unless there’s been an incident in the news.” [Asia Sentinel]

Well that didn’t take long. “A Japanese paper company whose factory in eastern China was targeted last weekend by protesters concerned about pollution resumed production Tuesday. // …’Once the factory restarted work, it was emitting more waste water,’ said a spokesman for Oji Paper Group, who gave only his surname, Nakayama. // Oji Paper said earlier in a statement that the proposed pipeline was meant to discharge already treated water fully compliant with government standards.” [AP]

Another article on why China copies, though the best articulation of the Chinese culture of shanzhai still comes from Kung Fu Panda, when Panda sees an impressive artwork and says, “I’ve only seen paintings of that painting!” “Copying, whether a painting or a literary work, has a long tradition in China. It was a way of learning, of showing admiration and respect, as this report about from Taiwan’s National Palace Museum shows. // Perhaps the language is a reason why: you cannot learn Chinese unless you spend years memorizing thousands of characters needed to achieve literacy, unless you copy, single-mindedly, unquestioningly. Some linguists and cultural historians believe so much mental energy and brain space is taken up by rote learning of the language, that little is left over for innovative thinking.” [Rendezvous, IHT]

Xinhua > Mitt Romney. “Xinhua on Tuesday criticized Mr. Romney’s suggestion that as president he would be open to moving the U.S. embassy from Tel Aviv to Jerusalem. U.S. presidents have previously chosen not to do so since such a move might indicate the U.S. supported Israel’s complete sovereignty over the city.” [WSJ]

Via TechCrunch: “A Reddit user found this video recorded on his brand new HP laptop.”

They found a “lawyer” for Gu Kailai. [The Guardian]

Woman falls from 10th floor after explosion, death ruled a suicide. [The Nanfang]

Tickets on sale for New Music Showcase in Beijing, August 18. [the Beijinger] 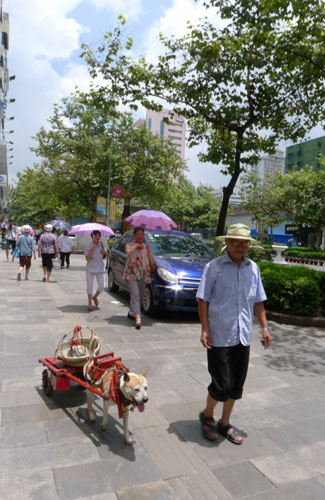