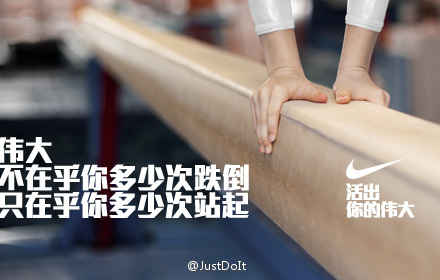 Part of Nike’s “Live the Greatness” campaign (“Who says the toughest opponent isn’t the best teammate”), via cfensi

As track and field takes center stage in London, a reminder that some exciting team sports will be wrapping up soon, including men’s soccer (Mexico vs. Brazil final tomorrow, though South Korea vs. Japan for the bronze at 2:45 am should be equally exciting) and basketball. Rest of your Olympics links here.

It was difficult picking just one excerpt from this story about ping-pong. “The impression that the sport’s popularity is declining in China can seem widespread here, especially among young people. Once hailed as the populist ‘all-people sport,’ it is now increasingly perceived as a leisure activity for seniors. In street parks, retired cadres pass the ball back and forth as their grandchildren crowd into nearby courts in Jordan sneakers to play what often feels the new national sport: basketball. // ‘We also played ping pong. But, as boys, we want something that makes us drip in sweat,’ explained Wang Chen, a basketball lover and a rising sophomore at Yale University from China. On a national level, athletes like basketball star Yao Ming and the hurdler Liu Xiang are new symbols of China’s athletic prowess. Swimmers Sun Yang and Ye Shiwen, after their record-breaking performance in London, sparked celebration here in Beijing, while the table tennis victories barely raised an eyebrow.” [Helen Gao, The Atlantic]

#NBCSucks. “There are many people who believe that the Olympics should be broadcast the way all other big sporting events are broadcast in the U.S. — live and unrehearsed, with the final result important enough to delay ’60 Minutes’ or your late local news. These days, while NBC shows mostly taped Olympic sports in prime time, the critics scream in newspapers, on radio shows, on television, in blogs and on Twitter — with #nbcfails hashtags — to punctuate their fury. // But Ebersol, in what he says will be his only interview at these Games, tells me that those critics have it all wrong. The Olympics, he believes, are not to be treated like other sports. ‘That’s just nonsense,’ he says. ‘The Olympics are the biggest family television there is. The Olympics are one of the last events where a whole family can gather around a television set and spend the night together.’” [Joe Posnanski, Sports on Earth]

Rogue condoms are the best kind. “It should come as no surprise that Olympics organizers take brand endorsements and official suppliers very seriously. That extends beyond logos on shorts and shoes — up to, and including, condoms. That’s right, the Olympics has an “official” condom — and organizers want to get to the bottom of how a bucket of rogue condoms reached the Olympic Village. // As has happened before at the London Games, it started with a tweet.” [NPR]

Chinese men’s basketball’s Olympics, mercifully, are over, but unfortunately, so are the Olympic careers of some veterans. “The news that the four have played their last Olympics marks the end of an era for Chinese basketball. Liu, Wang Zhizhi, Zhu and Wang Shipeng were all part of the 2006 World Championship team in Greece, the 2008 Beijing Olympic team and the 2010 World Championship team in Turkey, all three of which qualified past the group stages.” [NiuBBall]

Weibo and the Olympics. “As of Thursday, China’s Web portal Sina claims to have seen 340 million comments about the Olympics on its Weibo since the Games began. Meanwhile, the front page tracker of Tencent Weibo shows it has attracted more than 220 million tweets on the Olympics.” [Global Times]

Directives from the Ministry of Truth on Liu Xiang. [China Digital Times] 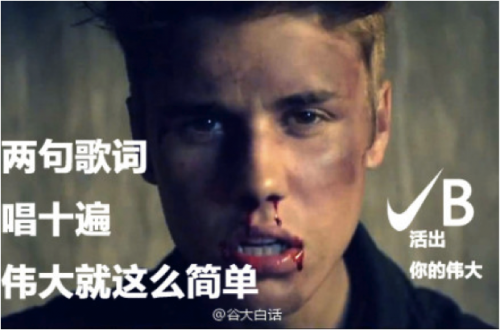