I made that last one up. But speculation abounds, as it usually does in these cases when the people whose duty is to serve and protect citizens wind up hurting them instead. This happened on Tuesday at about 5 pm. A witness says, according to Huasheng Online, that the two people in the police car, after the accident, roved around and made calls on their phones instead of helping the injured. Eventually, they waved down cabs and sent some of the wounded to the hospital.

Luckily, no one died, though two were injured badly enough that they’ll need a month for recovery. (The pictures after the jump show how much worse this accident could have been.) One of the victims interviewed from the hospital rants about the car’s speed and driver’s general recklessness. Did we mention he was possibly drunk and on an invalid license?

The news team at Guangdong Satellite TV requested the closed-circuit surveillance camera footage, but unfortunately that’s not something one can simply put in a FOIA request for. The footage exists though — we’ll post it when it’s made public. Youku video for those in China after the jump. UPDATE, 11:32 am: Someone mentioned vertigo in the comments, which reminded us of this from June: a driver killed five cyclists when he lost control of his car.

Images from above link: 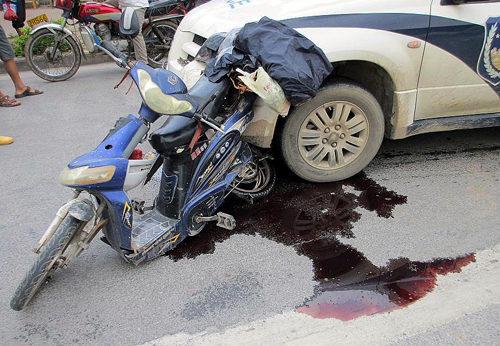 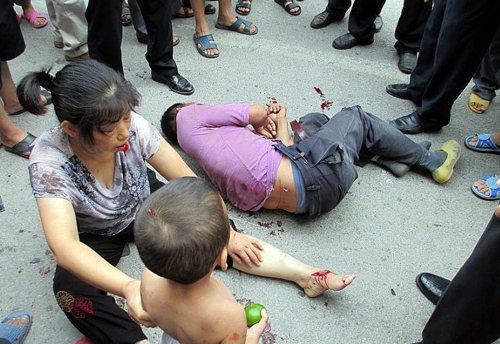 2 Responses to “Speeding Cop Runs Into Seven People, May Have Been Drunk”