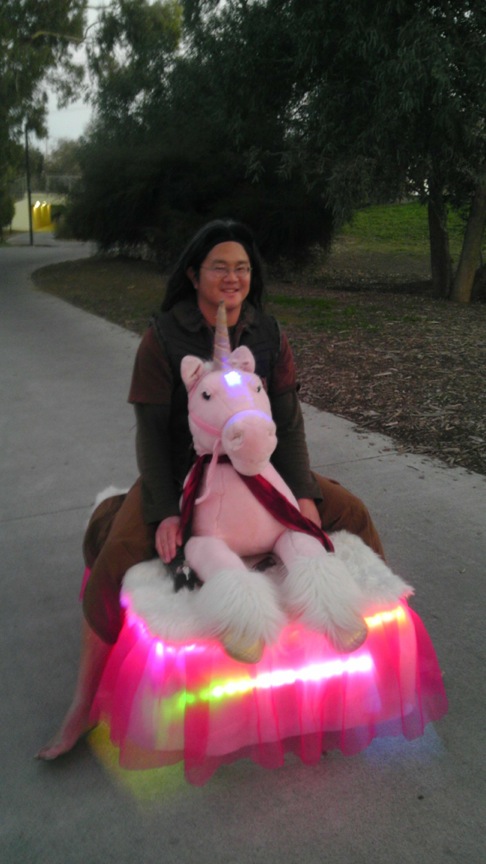 This picture first surfaced five months ago on Reddit, but it wasn’t until a recent repost that we learned this, via user withdrake:

His name is Mark Chang. He Lives in Davis, CA (or did when I went there). He also built and occasionally rides around in a little cart that allows him to steer with his legs while playing the organ. Great guy – very active in the community, and just good fun.

In case you were wondering: one’s manliness is indeed directly proportional to the pinkness of the unicorn he’s riding. I believe that’s one of the Internet’s rules.

2 Responses to “The Chinese In America: Riding A Pink Unicorn, Not Giving A Single Fuck”