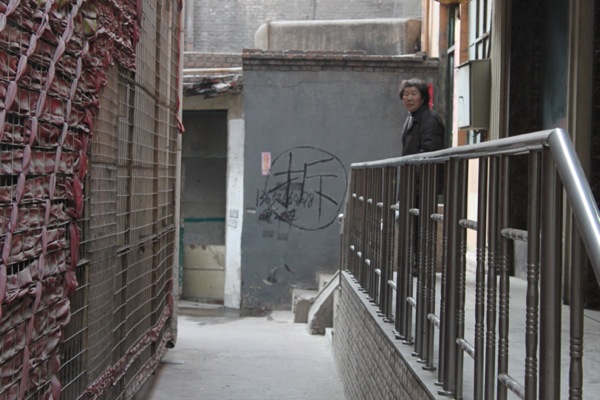 We know that some cops carry firearms in China — certainly the special-duty officers, and security personnel in highly sensitive areas — but it’s rare enough that I’ve never actually seen an officer holding a gun in all my years here. So you can imagine my surprise upon hearing this story, headlined, “Villager shot dead by police amid demolition dispute”:

A police officer shot a man dead and another injured in the leg during a demolition dispute in Panjin, Northeast China’s Liaoning Province on September 21.

An investigation team established by Panjin, Liaoning Province, determined on Saturday, Zhang Yan, the police officer who pulled the trigger, was said justified in firing the shot.

But wait. It turns out that Sina has somewhat buried the lead…

The officer fired on Wang Shujie, 36, because he apparently doused himself in gasoline, set himself on fire, and charged at the officers. Could we really say he died because of a gunshot? True, he was shot, but he was also a human fireball.

The scene was reportedly chaotic:

Zhang called three other officers to the scene but Wang’s family chased with them wielding axes and sickles, said the police report.  Wang Zaiyuan, Wang Shujie’s father, tried to seize Zhang’s pistol but was shot in the leg during the struggle.

Wha–? Did officers in Panjin stumble upon the Mexican cartel?

That’s not all. People’s Daily — yes, People’s Daily, of all forums, as reported in Sina — “alleged in its micro blogging sphere on Sunday that the local government had been carrying out an illegal forced demolition. No agreement on compensation had been reached with villagers and no local court had approved the demolition, the newspaper said.”

And then, Sina paraphrases a lawyer from the All China Lawyers Association as saying that “armed police should not have been at the site.” State media taking sides with the villagers here, despite the fact that it seems these villagers were fucking nuts?

No, something is not adding up.

Let this story be a reminder that the outskirts of China — the Panjins out there, in [insert direction] China’s [insert place that's not Beijing/Shanghai/Guangzhou], are pretty much unlike any other place you know.