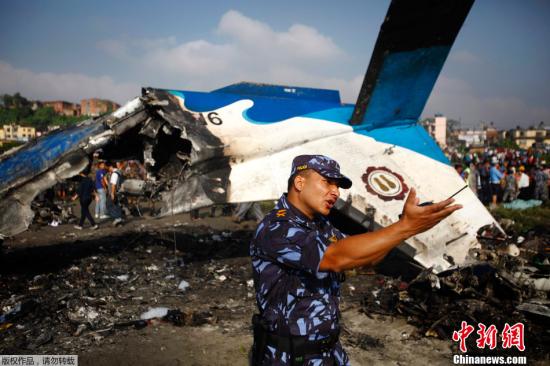 A tragic story out of Nepal has renewed concerns about flight safety in the area. According to AFP, a twin-propeller Sita Air plane carrying 19 people, including five Chinese people and seven British, caught on fire and crashed on Friday, killing everyone onboard.

The pilot reported hitting a bird moments before the crash, though Toya Dahal, a specialist with the air safety lobby group Initiative for Aviation Safety in Nepal, expressed doubt about that: “This plane with double engines would have landed safely even after it was struck by a bird. If one engine is damaged, another engine can support the aircraft. It looks like the pilot, after noticing technical problems, took the best possible decision to force-land the plane.”

Among the more harrowing details from the AFP writeup:

“We could hear people inside the aircraft screaming, but we couldn’t throw water at the plane to put out the fire because we were scared that the engines were about to explode,” Tulasha Pokharel, a 26-year-old housewife who said she one of the first on the scene, told AFP.

In the last two years, Nepal has seen six fatal air accidents, which is an incredible rate considering how safe air travel has gotten almost everywhere else in the world. AFP again:

Ninety-five lives have been lost in air accidents in the last two years, according to an AFP tally, with 15 people killed in the latest crash in May when an Agni Air plane carrying Indian pilgrims went down near northern Jomsom airport.

Here’s a video of the immediate aftermath of the latest incident, via ITN: