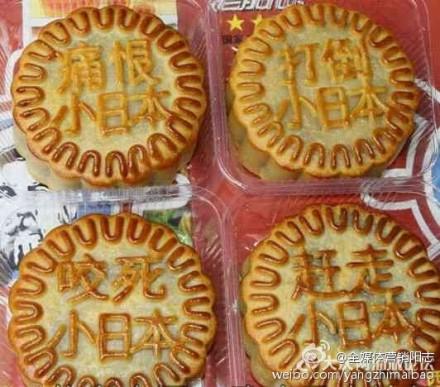 Top Weibo post, for a while, advocated Chinese-Japanese friendship. And then… “In a follow-up message, the author says she deleted it herself (see comments) due to threats and pressure of some sort. [我删了。我自己也吓一跳 = I deleted it. I was a little scared.]” [Blocked on Weibo]

Corollary: The post: “A few days ago a friend went on a business trip to Japan but had trouble leaving the country [2]. This morning he sent me a text [3] saying that last night he and a co-worker had been eating at a Japanese bar when it was uncovered that they were Chinese, after which they got a dish that had some words written on it. When I heard this, I was worried. But who would have thought it would be these words [4]. The bar owner said, ‘Thank you for being so willing to come to Japan, I hope there will be peace and friendship.’ … I certainly was surprised. Patriotism: must we use xenophobia and hatred to express it?”

So… it was his back? “Xi Jinping, the Chinese president-in-waiting, mysteriously disappeared for two weeks because of a back injury suffered while swimming, according to Tung Chee Hwa, the former Chief Executive of Hong Kong. // ‘He hurt himself in sport and he’s now recovered and he’s now back at work,’ Tung said in an interview with CNN’s Christiane Amanpour Tuesday.” [CNN]

Yup, it is that easy for people to lose interest in protests. “It doesn’t get any clearer than this. The protests were acceptable, indeed laudable, to the authorities until today. Now they are banned. // Sure enough, when we reached the street corner i had to check the road sign to know whether i was in the same place as i had been the past few days. It was full of fast(ish)-moving traffic, and there was not a single five-starred red flag in sight.” [South China Sea Conversations, with a video of bagpipes]

A movie I want to watch (trailer embedded below). “The protagonist of director Lou Ye’s latest film murders a garbage collector. But when the film board told him that the death, which he envisioned as a brutal killing, had to be limited to two sharp blows, Lou was furious. // ‘It’s ridiculous to keep only two hits, which would make the audience think that he is an experienced killer,’ said Lou. ‘This seemingly minor change can alter the meaning of the whole movie and lead to a completely negative portrayal.’” [Global Times]

Female-led Muslim congregations in China. “While their precise numbers are unknown, China has dozens of female imams—more than anywhere else in the world, according to leading scholars. Most are in Henan province. They first appeared in the 17th century, in a doctrinal adaptation likely born of necessity. According to Shui Jingjun of the Henan Academy of Social Sciences, this owes to the land-locked province’s geography and history.” [Kathleen McLaughlin, ChinaFile]

Auto show models bare all. “Dressed in little more than body paint and a sarong, Haikou Auto Show’s practically naked models led to increased use of the term ‘breast milk exhibitions’ and for good cause. (A somewhatNSFW gallery here.) Making previous antics in Beijing and Chengdu look like Disney movies, topless models sucked all the attention away from the cars.” [Brand Channel]

Snoop Dogg is on Sina Weibo. “In his inaugural post, Snoop writes to his Chinese fans: ‘Ni Hao to all my fans in China! Big Snoop Dogg here, so blessed to be on Sina Weibo, and to see my Chinese fans – follow me @Snoop_DoggCN for much more coming up. ‘你好’，Snoop Dogg在这儿和大家打招呼，很高兴来到这儿与你们互动。赶快关注我吧！” [Shanghaiist]

British man helps the poor. “A British engineer sold 3 companies, a mansion, 2 sports cars, and came to Xi’an, China to hand out steamed stuffed buns to the homeless. Like that, 7 years have passed.” [chinaSMACK]

Japan vs. China in basketball. Ha! “Said deputy director of the CBA, Hu Jiashi, ‘This is just a game… I hope the fans won’t put too much pressure on the players [to win].’” [NiuBBall]

Alright, that’s it. You’ve won the internet, PSY. “The North has posted a video on its official Uriminzokkiri website of a horse-dancing PSY character that has a photo of conservative South Korean presidential candidate Park Geun-hye’s face transposed on it. // The lyrics have the character satirically defending Park’s late dictator father, Park Chung-hee.” [AP]

Beijing to open the CBA season at home in Wukesong vs. Shanghai. [NiuBBall] 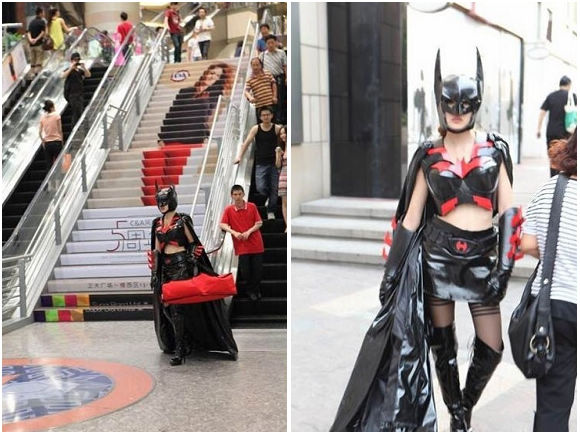 3 Responses to “Friday Links: Snoop Dogg (or is that Lion?) on Weibo, Japan faces China in basketball, and holy White Deer Plain preview”