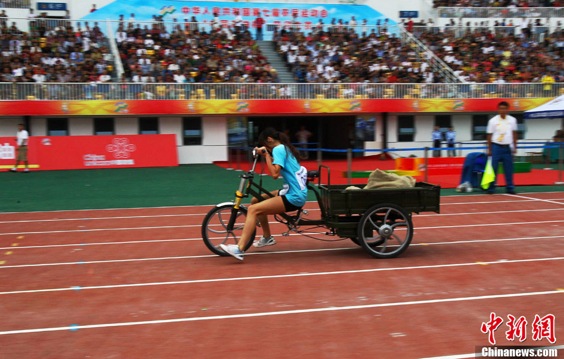 Something called the “National Peasants’ Games” — the 7th edition, in fact — is currently being held in Nanyang, Henan province, which People’s Daily Online describes as a “quadrennial multi- “in which sport event… in which competitors from among the country’s rural residents take part in sports, both conventional, including basketball, athletics, table tennis, shooting, xiangqi (Chinese chess) and Tai Chi, and folk sports and games, such as wushu, tire pushing, food-carrying, rice planting, kite flying, jianzi (kick shuttlecock) and tug of war.” It’s all about “fun,” People’s Daily tells us.

Nanyang made way for a 35,000-seat arena and other facilities by knocking down the homes of over 50,000 people in Wancheng district, mostly peasants according to the local government website.

Can’t be bothered by that though, nor the fact that, according to MacLeod’s article, “anger is simmering” because “rapid urbanization has eaten up acres of farmland.

Who cares, right? As People’s Daily tells us, “the games emphasize recreation more than results.” Recreation, you hear? Fun!

I have just one question though. Does this look fun to you? 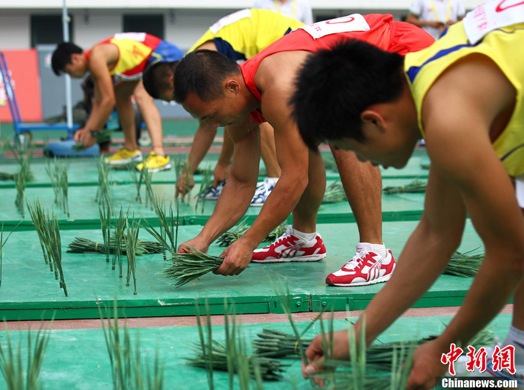 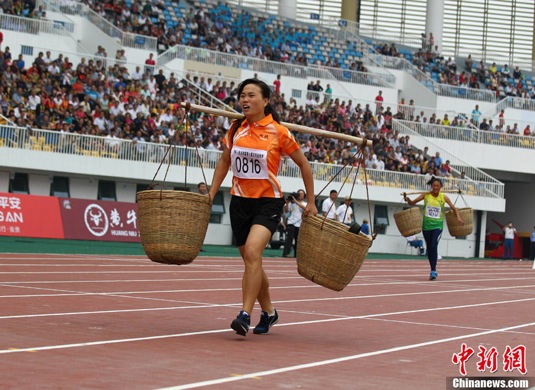 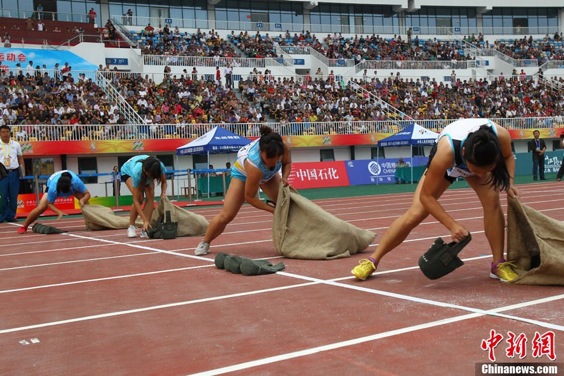 For best results, completely shut off your mind and accept the fun you’re having. 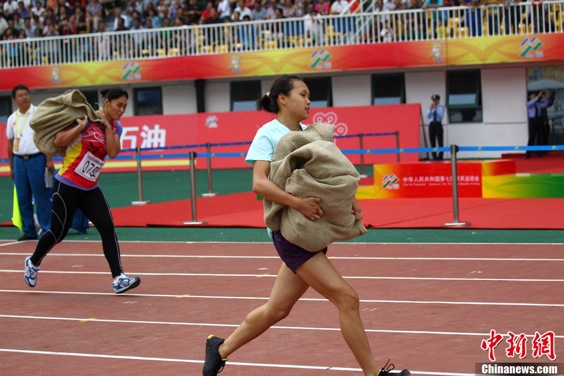 Sad are those misfortunate souls who never know the special fun of bag-hauling. 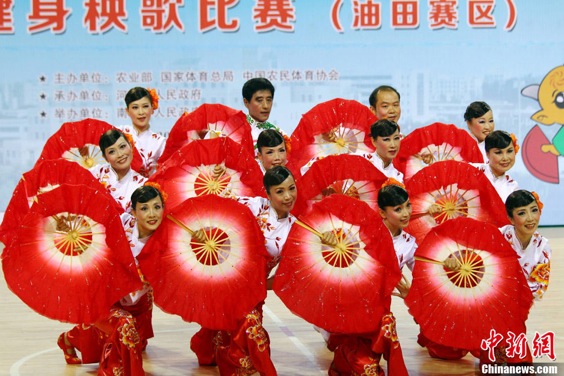 The man second from the left in the back row is having the most fun of them all. 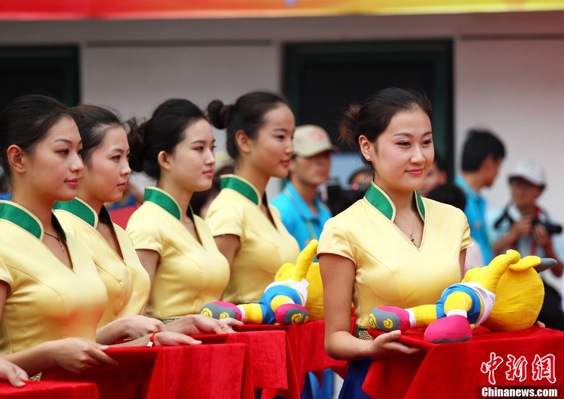 Too much fun for one man or woman to take, honestly.

One Response to “China’s Peasant Olympics Are Sandbags Of Fun, Assuming One Enjoys Hauling Bags Of Sand, Literally”